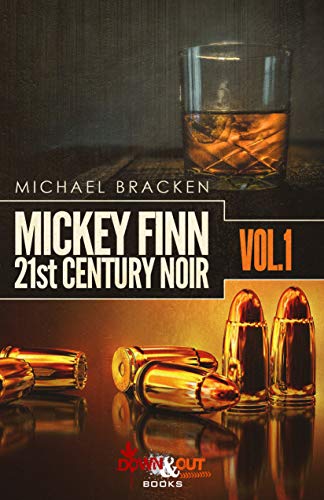 The night of the home invasion, Bobby Lyon was busy jabbing a seventy-three-old index finger at his smart phone, reading reactions to the day's auction.

That's how we start.  Lyon is a washed-up action movie star, now in a wheelchair, waiting to be moved into a senior home after his possessions were sold to pay ex-wives, the IRS, etc.  But now he may be getting more action than he wants...

I guessed where this story was going, but not every good tale needs a surprise ending.  This one is mostly about heightened language.

The despair that had grown familiar since the world had started tearing away his life in increasingly larger and bloodier chunks embraced him like a ravenous ghost.

Another sound, heavy but muffled, like Frankenstein's monster in bunny slippers.

...words and low laughs, both respectful and irreverent at the same time, like atheists in church.

Mr. Kehl is a master of similes.

Posted by Robert Lopresti at 8:47 AM No comments: 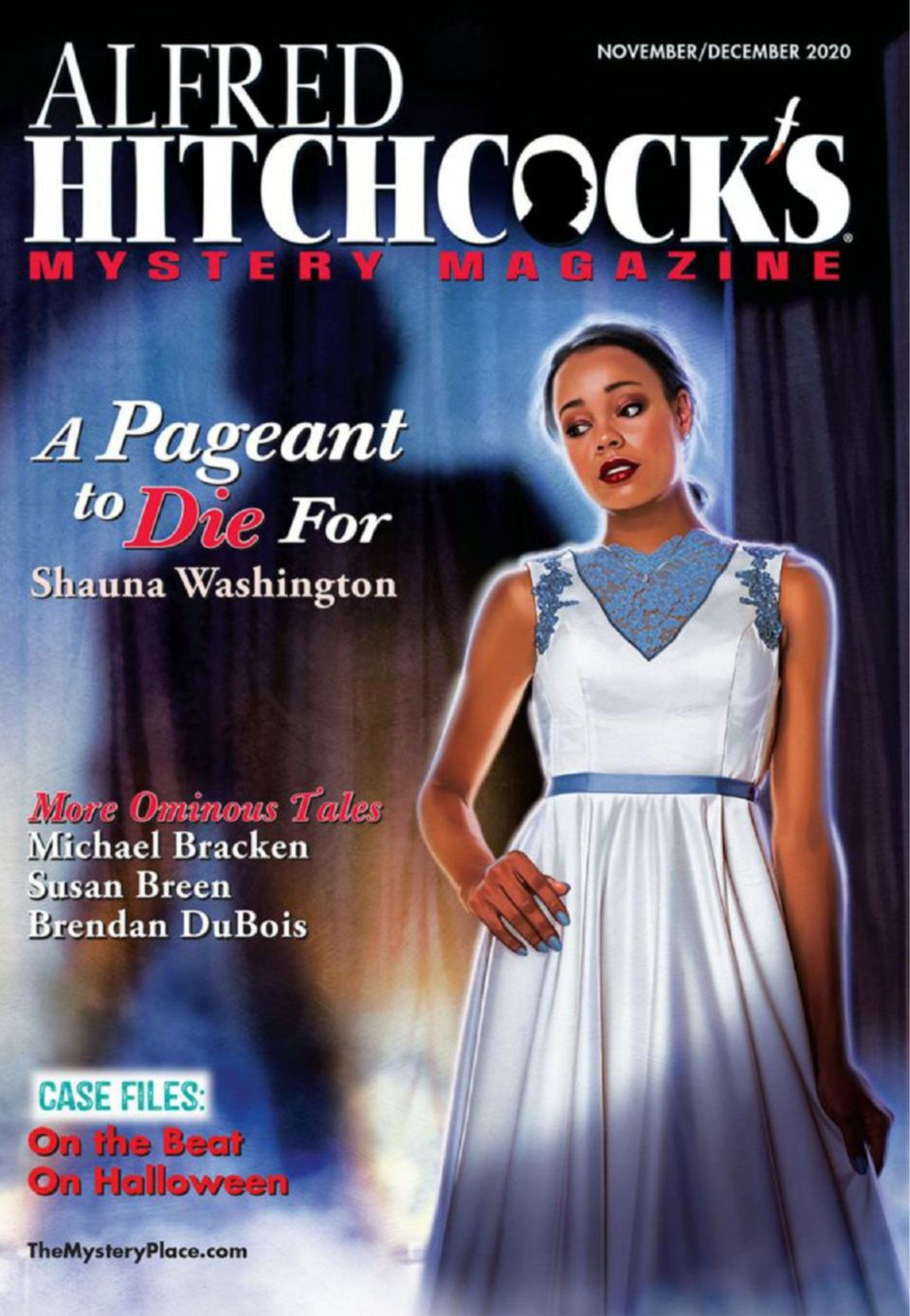 This is the sixth appearance here by my friend and fellow SleuthSayer, Michael Bracken.  You can read it at the link above.

Sometimes it's nice to indulge in a private eye story.  They can have the inevitability of Greek tragedy.  Infinite variations in a familiar pattern.

Morris Boyette is the P.I., stationed in Waco, Texas.  His client is Julia Poe and the problem is that her brother and his wife were recently murdered.  Not that she wants him to solve a murder - that's the variation.  The killer has been caught.

But Julia's brother's in-laws have taken custody of their granddaughter and won't let Julia have any contact.  She wants Boyette to find a way around that.  Problem is the in-laws are the wealthiest people in town, a family that can definitely make Boyette's life more difficult.  And that's the familiar pattern.

I enjoyed this very much.

Posted by Robert Lopresti at 4:51 PM No comments: 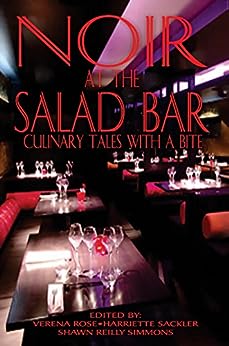 The story takes place in modern Texas but it has the feeling of an old-fashioned Western, with the bad guys getting closer and the townsfolk having to decide where they stand.  A good story.
Posted by Robert Lopresti at 2:33 PM No comments:

Email ThisBlogThis!Share to TwitterShare to FacebookShare to Pinterest
Labels: 2017, bracken, Mesdames of Mayhem

Mr. Private Eye Behind the Motel with a .38, by Michael Bracken

"Mr. Private Eye Behind the Motel with a .38," by Michael Bracken, in Coast to Coast: Private Eyes from Sea to Shining Sea, edited by Andrew McAleer and Paul D. Marks, Down & Out Books, 2017.

What a long story title.  This, by the way, is Bracken's third appearance in this column. It takes place in Waco, Texas, where Blake is a former cop (he arrested the son of the wrong millionaire) turned private eye.  Mrs. Watkins hired him to get proof that her fat rich husband is cheating on her.  She might want more from Blake than just that.

And so might Ashley, a wealthy blond he meets in downtown,  near the food trucks.  For one thing, she would like to accompany him on a case... We will leave it there, I think.  It's a good story.

But let's talk about the art of building an anthology.  There is a story earlier in this book that, shall we say, runs from Point A to Point B, with B being the revelation of a particular plot device.

Bracken's story includes the same device, but it runs past it to Point C.  (Which does not automatically make it a better story, by the way.)

If the editors had put Bracken's story earlier on than the other tale would be a disappointment.  But by running it first the alert reader says "Ah, I see where Bracken is going" - and is pleasantly surprised when he goes past it.  So, good job, editors.


Posted by Robert Lopresti at 11:54 AM No comments:

Email ThisBlogThis!Share to TwitterShare to FacebookShare to Pinterest
Labels: 2017, bracken, down and out

I would say any writer who appears in this space twice in a year can think he's having a good year.  That's not ego on my part; I would be happy if any non-relative thought I scored twice in one spin around the sun.

Mr. Bracken is making his second appearance at Little Big Crimes this month.

This story is about Samuel "Sugar" Cane, a Texas thug who has worked, since he was a crooked high school football player, for a crime boss named De La Rosa.  As he goes about his daily work of collecting debts for the big man he meets a woman whose mother used to be his lover.  Hmm..

A popular topic in writing circles is first person versus third.  This story would be much less powerful if it were in first, or if we could tell what'd going on in Sugar's head.  We ave to figure it out, which keeps the suspense high.

This story reminds me of Michael Koryta's "A People Person," which I wrote about here back in 2013.  Both are about a thorough-going baddie who finds himself unexpectedly facing a line he may not be willing to cross.

And both are terrific stories.
Posted by Robert Lopresti at 9:36 AM No comments:

Chase Your Dreams, by Michael Bracken

A very touching story by this year's winner of the Edward D. Hoch Memorial Golden Derringer Award for lifetime achievement in the mystery short story.

Picture a small town in Texas, one so set in its ways that the whites and blacks still use seperate cemeteries.  Cody is a gay man, deep in the closet.  His secret lover, Chase, on the other hand, was "leading one-man Gay Pride parades."

When Chase disappears, Cody has to decide what is more important: finding out the truth, or staying safe?

"Nobody's filed a missing person report," Junior said. "Not sure anybody around here cares one way or the other."

"I could file a report."

Junior lowered his ice cream-laden spoon and stared straight into my eyes.  "You might could," he said, "but are you sure you want to do that, Cody?  People will talk."
Posted by Robert Lopresti at 2:00 AM No comments:

And the Golden Derringer 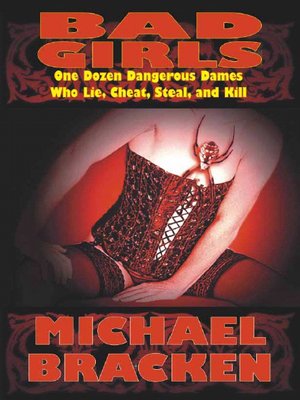 I am embarassed to admit I didn't read far enough down the announcement to see that the Short Mystery Fiction Society also announced the winner of the Edward D. Hoch Memorial Golden Derringer for Lifetime Achievement in Short Mystery Fiction.  Congratulations to Michael Bracken!
Posted by Robert Lopresti at 9:13 AM No comments: