"Funeral Games," by Hal Bodner, in Avenging Angelenos, edited by Sarah M. Chen, Wrona Gall and Pamela Samuels Young, Down and Out Books, 2021.

This is a very silly story.  That is not an insult.

Southern California's funeral industry is viciously competitive when it comes to celebrity funerals.  People measure a memorial park's cachet by how many stars are buried on-site.  Needless to say, the plots and crypts are priced accordingly.  It never fails to astonish me how many people will pay top dollar to spend their eternal rest within spitting distance of a rock star when in life, they'd have been outraged by the loud parties next door and called the police on the groupies throwing up on their lawn.

Mickey owns one such memorial park.  His nemesis and ex-lover is the wonderfully named Julia Shrike.  They will do anything to steal top-of-their-fame dead rockers or even over-the-hill movie stars from each other.  Bribery, lies, and even grave-robbing are not off the menu.

As the tit-for-tat escalates it is anyone's guess who will wind up on top.  Great fun.

Posted by Robert Lopresti at 7:49 PM No comments:

Email ThisBlogThis!Share to TwitterShare to FacebookShare to Pinterest
Labels: 2021, Bodner, Sisters in Crime

Incident at a Diner, by Chris Miller 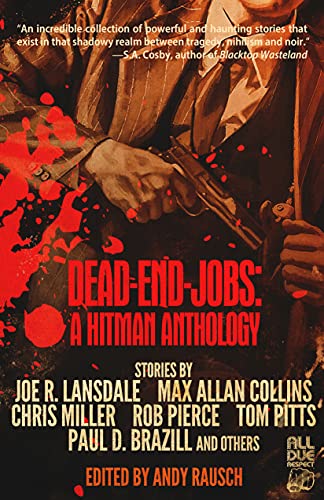 "Incident at a Diner," by Chris Miller, in Dead-End Jobs: A Hitman Anthology, edited by Andy Rausch, All Due Respect, 2021.

This is one of those stories that grew on me, meaning I liked it better the more I thought about it.  There are so many moving pieces it takes a while to sort everything out.

Sam and Millie are meeting for breakfast in a diner in rural Texas.  They are deep in lust and soaking in guilt because Sam is cheating on his wife.

But they aren't the only people having trouble in that joint.  A man and woman are arguing furiously about something.  Two gangster-types from New Jersey are complaining about an associate has screwed up.  And then there's the old cowboy who seems to have his own agenda.  How is this all going to work out? And, let's remember: why is this story in a book about hit men?

The climax surprised me a lot.

Posted by Robert Lopresti at 3:26 PM No comments:

Email ThisBlogThis!Share to TwitterShare to FacebookShare to Pinterest
Labels: 2021, All Due Respect, Miller

A Hell of a Thing, by Wayne J. Gardiner

"A Hell of a Thing," by Wayne J. Gardiner, in Alfred Hitchcock's Mystery Magazine, September/October 2021.

This is the second appearance here by Wayne J. Gardiner.  It doesn't have a complicated plot, more of a slice-of-life story.

On the first page Carly does something most officers never need to do in their whole careers: fire her weapon in action.  In fact, she shoots three armed robbers and she shoots them all dead.

The rest of the story is about her trying to find ways to cope with her reactions and those of the people around her.  And, perhaps inevitably, there is a niggling self-doubt: Is she sure the first robber was turning his gun toward her?

It is a moving tale, well-told.

Posted by Robert Lopresti at 7:20 PM No comments: 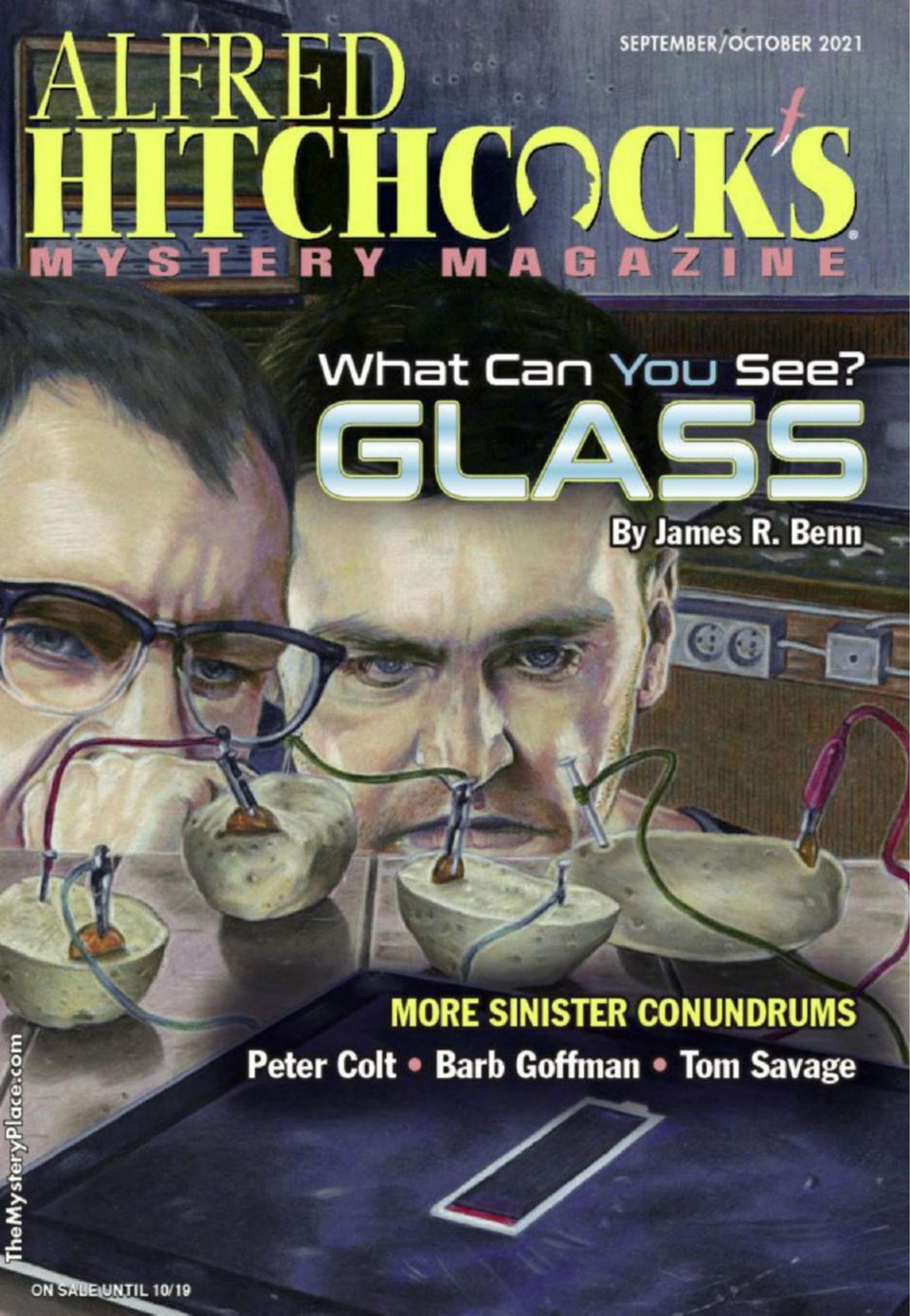 One of the many reasons AHMM is my favorite magazine is that they occasionally take a chance on a crime-related story from a different genre.  This story, for example, has a clear science fiction orientation.

The proton moved an at insane speed.  If it had been capable of fear, it would have been terrified.  Contained within an oval tube, traveling just short of the speed of light, it whipped around the 54.1-mile circuit ceaselessly as other protons shout past it from the opposite direction.  Collisions sparked all around it, sending smashed protons against the smooth metalic surface which contained its universe.

That's the start.  We follow the path of this proton for an entire page before things go awry. The superconducting super-collider goes boom and a piece of 21st-century technology is blasted back through time to 1965 where it is discovered by hapless recently-fired salesman Guy Tupper.  Guy brings it to his cousin Jerry who runs a repair shop.  Together they figure out just enough to get the device working, and then...

Well.  That would be telling.

There is a clever roman a clef here, with a well-known writer being referenced under a transparent pseudonym.  The best part is that the plots of his novels fit spookily to the situation Guy and Jerry find themselves in.

There is a twist in this tale that made me gasp audibly.  That doesn't happen very often.