The Ladies of Wednesday Tea, by Michael Bracken


"The Ladies of Wednesday Tea," by Michael Bracken, in Bullets and Other Hurting Things, edited by Rick Ollerman, Down and Out Books, 2021.

This is the eighth appearance here by my friend and fellow SleuthSayer Michael Bracken, which ties him with Brendan DuBois for first place.

Florence Quigly owns a florist shop in a small Texas town.  Her best friends are three other older women.  When her useless grandson gets in trouble with some local bad guys Flo and friends prove that you don't want to mess around with four old ladies.

Over the years each had lost a spouse or a significant make figure, though LOST might not be the appropriate term.  They knew where the bodies were...

It's fun seeing how their skills and history complement each other.

Email ThisBlogThis!Share to TwitterShare to FacebookShare to Pinterest
Labels: 2021, bracken, down and out

The Phone Message, by Robert Cummins

I think it has been years since I reviewed an author's first story here. This is a very nice one.

The beginning is likely to remind you of Columbo.  In the first scene Carole Donaldson calmly kills her husband.  Police detective Wesley Lovett is in charge of the investigation.  Ms. Donaldson, just as calmly,  informs him that she had motive for the crime.  Tons of motive. But she also appears to have an unbreakable alibi.

So far, as I said, so Columbo.  But what makes this story unusual is that Wes begins to wonder whether he wants to break the alibi.   That gives a nice variation on the usual cat-and-mouse game.

Posted by Robert Lopresti at 8:57 AM No comments: 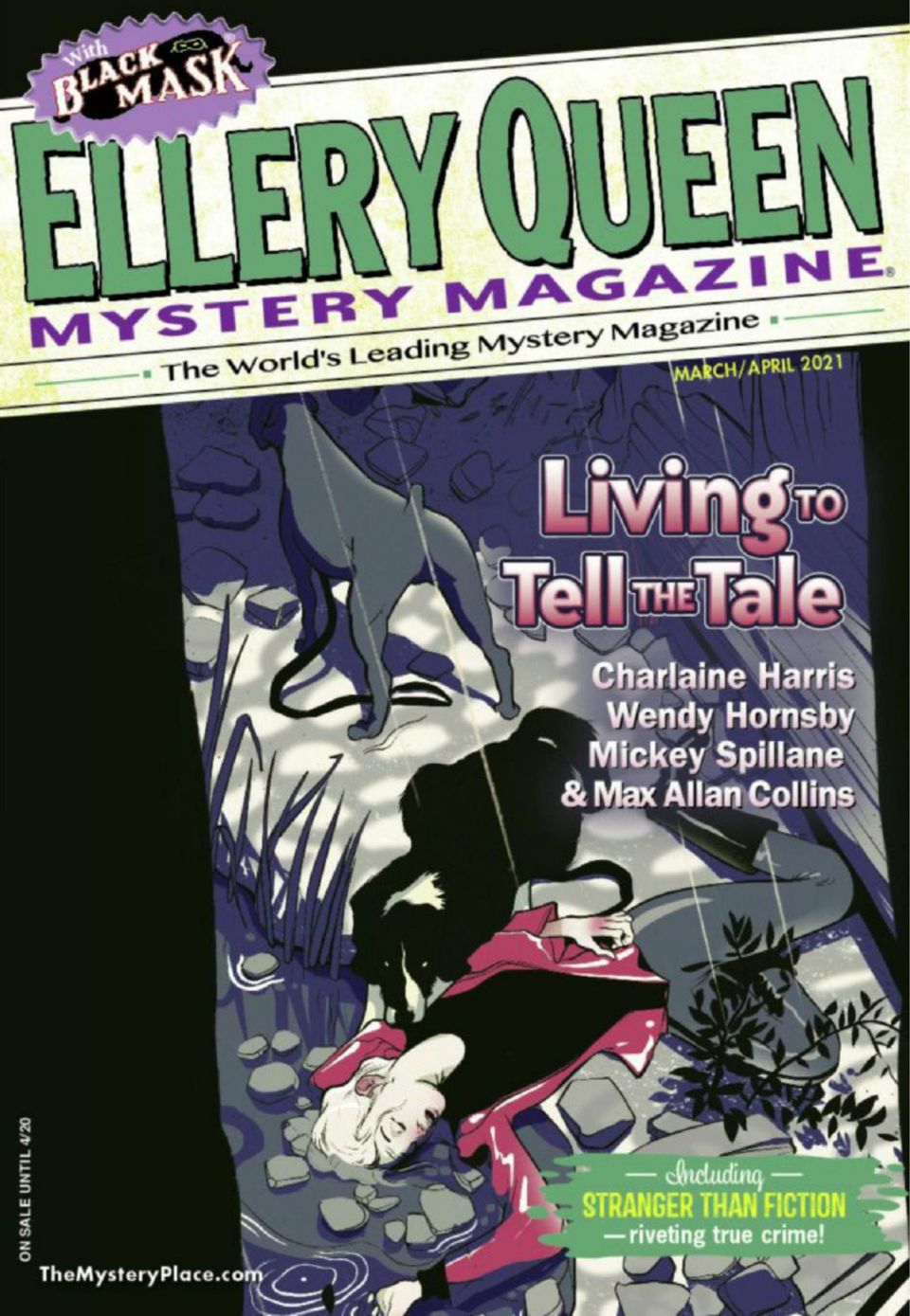 This is the second appearance here by Mr. Wiley.

The private eye story goes back at least to Sherlock Holmes.  The version we think of as the hardboiled dick is a product of the 1920s.  (As Donald Westlake pointed out "hardboiled" is WWI slang and "dick" for detective springs from Prohibition.)  It is nice to see people think up new clothes for this old hero to wear.

Take Sam Kelson, the hero of this story.  He calls himself a "not-so-private investigator."  Due to a  brain injury he can't help but tell you whatever's on his mind.  "I'm an open book -- unzipped -- a gushing hydrant."

Fascinating concept, and suboptimal for a P.I.  His potential client isn't impressed:

"You're something of  a bastard, Mr. Kelson."

"That's CANDOR to you, Chubby Knees."

Chubby - excuse me, the client - walks out of the office and is promptly murdered.  Kelson wants to catch the killer.  The police detective in charge is also unimpressed.

Snappy dialog throughout.  By the way, most of the characters in this story are librarians, Wiley doesn't fall into the usual stereotype traps.

"Librarians like to talk.  They could make reality TV out of this place."

Posted by Robert Lopresti at 4:33 PM No comments:

"Truckstop Salvation," by Leigh Lundin, in The Great Filling Station Holdup, edited by Josh Pachter, Down and Out Books, 2021.

This collection of stories inspired by Jimmy Buffett songs starts off with a bang, with a tale by my friend and fellow SleuthSayer Leigh Lundin.

It's 1978 in eastern Tennessee.  The narrator is a TV reporter and he witnesses the arrival of Tommy Peters, a hometown boy who made it big as a country singer.

The town is about to be flooded to make room for a dam, and Peters offers to hold a benefit festival to raise money.  That makes him a hero for some people, but not all the locals love him.  Like the sheriff whose ex-wife used to be Peters' lover.  And the ex-wife's brother, now a fire-and-brimstone preacher.  No surprise that bad things are going to happen at the festival.

Some clever lines here:  "Sheriff Bulwark hadn't yet succumbed to the fat-Southern-deputy stereotype, but he'd been studying the brochure."

Email ThisBlogThis!Share to TwitterShare to FacebookShare to Pinterest
Labels: 2021, down and out, Lundin
Newer Posts Older Posts Home
Subscribe to: Posts (Atom)