The Case of the Disapppearing Passenger, by Jonathan Turner,

"The Case of the Disapppearing Passenger," by Jonathan Turner, in Ellery Queen's Mystery Magazine, January/February 2017.

Boy.  Where to start with this one?

I am on the  record as not being a fan of fan fiction, where people just write yet another story about Sherlock Holmes, or another novel about the characters of a dead author.

I feel differently about pastiches, where someone rethinks a familiar character or plot and does something different with it.  (Hey, I've done that myself.)

And this one falls in between the stools, you might say.  Jonathan Turner has used (with permission) Steve Hockensmith's characters Old Red and Big Red Amlingmeyer, and combined them with Arthur Conan Doyle's Sherlock Holmes.

If you aren't familiar with the Amlingmeyer brothers, they are cowboys around the turn of the century.  Old Red is illiterate but is a huge fan of Holmes and wants to be a detective, and he's good at it.  Big Red is the narrator, as witty as his brother is grumpy.  They have appeared in several short stories and five novels. (And I have illustrated one above, rather than using the cover of the same EQMM two weeks in a row.)

This story takes place not long after the most recent (but I hope not last) novel in the series.  The first half is a letter from Big Red to Holmes explaining a case the brothers encountered in New York, which ends with the villain escaping on a ship to London (as Old Red deduces).  The second half consists of Holmes and Watson figuring out which passenger is the bad guy.

If I were Hockensmith I'd be surprised and maybe a little nervous about the uncanny way Turner captures the voices of my characters - better than he did Conan Doyle's, I think.  Here is an example.  (Gus is another name for Old Red.  His brother is talking to King Brady.)

"Enjoying things ain't what you'd call Gus's strong suit," I told him.  "You may be the King of the New York dicks, but he's the Ace of Curmudgeons."
"That makes you the Jack of Asses," Gus retorted.

A lot of fun.
Posted by Robert Lopresti at 7:15 AM No comments:

The Agatha Award nominations have been announced.  Winners will be crowned at Malice Domestic in the spring.  Congrats to all!

Ever drive past a small store with some strange specialty and wonder: "How do they stay in business?"

Marilyn Todd has a helpful suggestion: Maybe they are money launderers!  Get a place with a lot of customers (even if they are tourists who don't actually buy much), and a cash-heavy inventory, and the taxman won't suspect a thing.

Or such was the discovery of sisters Hannah and Lynn who have deep roots in British organized crime.  Their year-round-Christmas store, The North Pole, is doing just fine, cleaning up dirty money from various family businesses.

But the sisters have a special sideline.  The store has Santa's Mailbox where kids can ask the fat man for help.  And while Hannah and Lynn can't promise the latest video game or a pony, if the request is desperate they may be able to offer a special solution...
Posted by Robert Lopresti at 12:00 AM No comments: 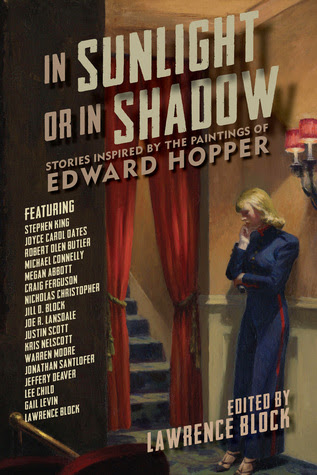 The MWA has just announced the nominees for the Edgar Awards.  Chngrats to all.  Here are the short story finalists:

"The Truth of the Moment" – Ellery Queen Mystery Magazine
by E. Gabriel Flores (Dell Magazines)
Posted by Robert Lopresti at 7:21 AM No comments:

Over at SleuthSayers I list the 13 best mystery stories of the year, culled from this page, of course.  Two are from the book at right.
Posted by Robert Lopresti at 5:30 AM No comments:

Congressman John Fuller left his wife for his secretary.  Said wife did not take it well.  Now she has plotted an elaborate revenge, and Fuller's future depends on the shrewdness and determination of an overworked cop named Pinski who just wants to spend some time with own wife.

If this description sounds a little sparse, you are right.  I don't want to give away any of the secrets of this marvelous, convoluted plot.
Posted by Robert Lopresti at 12:00 AM 1 comment:

The Formula, by Jerry Kennealy

There are some good stories in this book but I have to say: the manuscript should have danced the Hustle one more time with a copy editor.  Spellchecker doesn't catch missing words or spot  when characters  names suddenly change.

Moving on to Kennealy's story: It's 1970.  Private eye Johnny O'Rorke has been hired to find an actress.  Susan Jeffers vanished with a few scenes left to film in a Western which is already snake-bit, seeing how the first star killed himself.

The movie producer is philosophical, which is not the same as being resigned:

"It used to be so simple.  We had a formula: boy meets girl, boy loses girl, boy gets girl back."
He brought his hands together ina loud snap.  "Now its boy screws girl, girl gets gangbanged by thugs, boy kills thugs, girl decides to become a lesbian."

Which is not exactly what has happened to the actress.  But her fate is a long way from formulaic.
Posted by Robert Lopresti at 2:13 PM No comments:

The Projectionist, by Joe R. Lansdale

"The Projectionist," by Joe R. Lansdale, in In Sunlight or in Shadow, edited by Lawrence Block, Pegasus Books, 2016.

A warning: this is not a collection of crime stories, per se.  The connecting thread is that they are all inspired by paintings of Edward Hopper.  No doubt that this story is about crime, though.

The narrator is a projectionist at a movie theatre.  He's naive and not that bright - one character calls him a "retard" but that's not fair.  The job is okay, and then Sally arrives.  Sally is an usherette, and beautiful.

Sounds like we are building up to a classic noir plot, but that's not quite the way it happens.  Instead the theatre gets a visit from The Community Protection Board, a bunch of shakedown artists who threaten the theatre and Sally.

But they underestimate our hero.  He's seen some bad times and knows some bad people.  And soon the Protection Board may need protection...

I must say that of all the stories this one felt most to me like a Hopper painting.

Posted by Robert Lopresti at 10:31 AM No comments: