The publisher sent me an advance reading copy of this book.

I pondered long before choosing this as my best story of the week, simply because it is so far from what most people would call a mystery.  Like most people these days I use Otto Penzler's definition - a story in which crime or the threat of crime is a major element - and there is crime involved here.

Nonetheless, it is not what the average mystery reader would expect.  It is more political fiction, or social commentary.

However, it is a terrific story, and it does have that saving grace of a crime element, so here goes.  It starts like this:

Andrew was entering his third month of unemployment when he sat down at his computer and opened the inbox of his LinkedIn account.  He'd received a response to a query he'd sent off four days after his friend-turned-manager walked him into a conference room swimming with sunlight, smelling of cologne, and the faintest hint of perfume left behind by a group of attorneys who'd recently vacated the space after a five-hour meeting.

Nice detail there.  Andrew is being laid off because the head of his company has been accused of multiple sexual harassment issues, leading the corporate stock to walk off a cliff.

But good news!  OBF, Inc. wants to talk to him about a possible job.

And here is the rub, of course.  What is OBF exactly and what do they do?  Obviously I can't tell you that.  But it's extremely interesting and thought-provoking.

The story reminds me of Stephen King's great little tale "Quitters, Inc." about an equally unusual  but very different company.

Posted by Robert Lopresti at 11:13 AM No comments:

"Pentecost," by Eve Fisher, in Me Too Stories, edited by Elizabeth Zelvin, Level Best Books, 2019.

This is the second appearance on this page by my fellow SleuthSayer, Eve Fisher.  All the stories in this book deal with sexual violence/harrassment against women.

As usual for Fisher, the story is set in rural South Dakota. It is 1990 and the Lutheran Church in Laskin has just acquired its first female pastor. Darla Koenig actually grew up in Laskin but has just moved back, giving her a unique insider/outsider perspective.  She is trying to settle in with her young daughter, finding her place in the delicate social web.

Her daughter loves the dance classes and there lies the rub, because the girls' dressing room shares an interior window with a respected local attorney.  And somehow the paint covering that window keeps getting scraped away...

Darla knows that raising a stink about it will make her enemies she can't afford.  Can she find another way to deal with it? 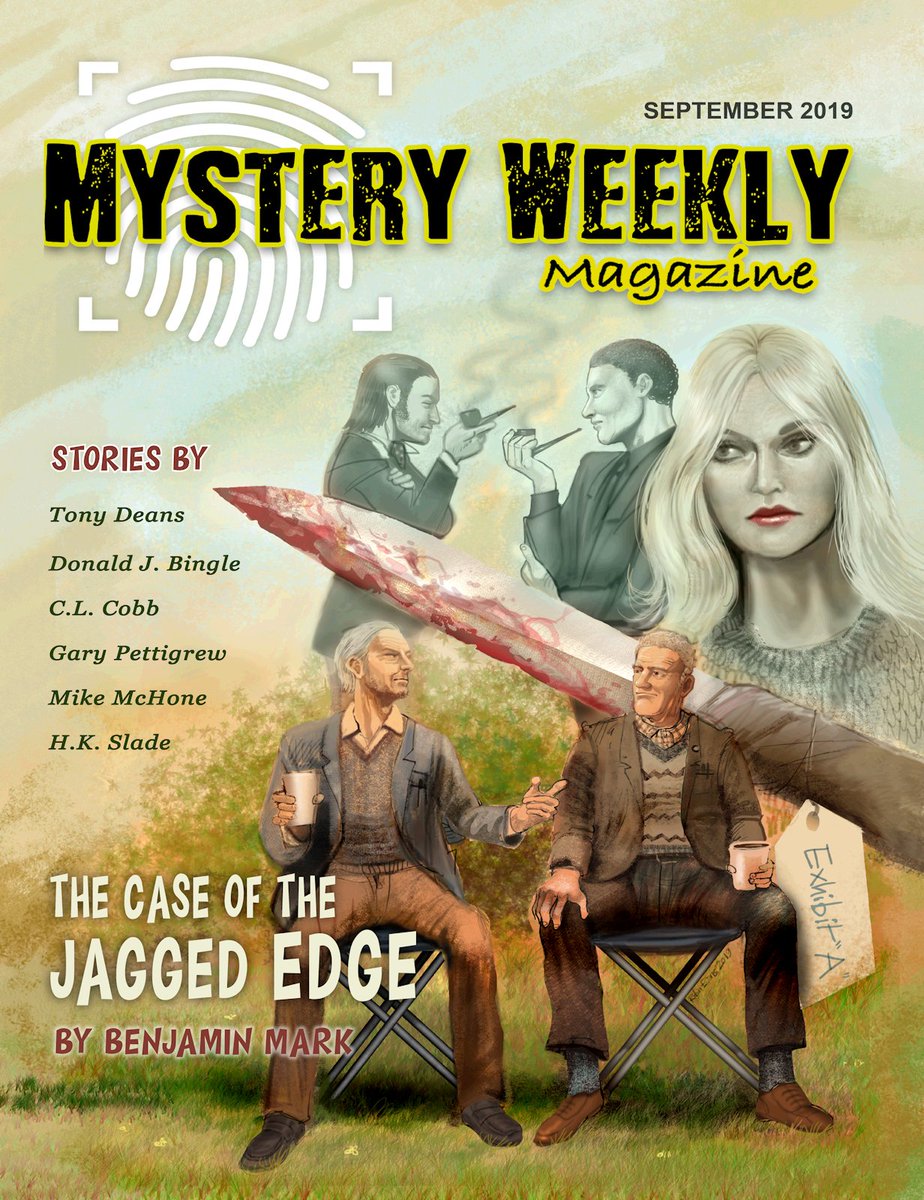 The summer of 1927 was as idyllic as ever remembered in the South of England.  Old John Ayres had decided to retire to spend more time with his family in Dorset and so the council of Lower Dunston was forced to choose a new village policeman; by popular opinion, George Mahoney was the first name suggested.  Fred Hurst nominated himself, of course, but this was quickly discarded because of the obvious reasons that nobody talked about...

And there is the gaff, the hook.  Are we going to find out "the obvious reasons" or is this just a casual element thrown in to suggest that the village knows too much about its residents?

It turns out to be the former.

The new copper is found dead two days later and Fred Hurst, obvious reasons and all, finds himself a rookie officer struggling with a murder.  He isn't getting a lot of help from the higher-ups who, when he asks for immediate help, respond "basically, that Mr. Mahoney would not be any deader tomorrow."

And he gets no respect from his fellow villagers, who are at least willing to tell him what he's doing wrong.

Will Fred solve the crime?  And if he does, considering those annoying "reasons," will he even remember the solution?

Posted by Robert Lopresti at 10:38 AM No comments:

The Dead Man in the Pearl Gray Hat,by Bruce W. Most 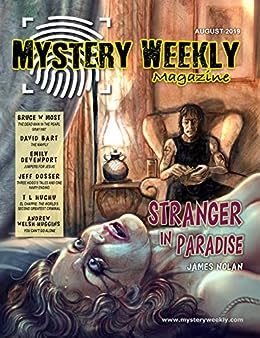 "The Dead Man in the Pearl Gray Hat," by Bruce W. Most, in Mystery Weekly Magazine, August 2019.

Lillian de la Torre was the pioneer, as far as I know. In the 1940s she started writing stories about "Samuel Johnson, detector."  This was the earliest example I am aware of of mystery writers using real people as their protagonists.  Nowadays you can find everyone from Eleanor Roosevelt to Barack Obama starring in crime novels.

In this case the main character is Weegee the Famous, who was indeed a famous photographer, specializing in street scenes of New York City.

Unlike de la Torre's Johnson, Weegee is not shown as a detective here.  His connection to crime is photographing it, and in the era of Murder, Inc., there is plenty of death to document.  In fact, that is the problem he faces in the story.  Jaded reader are getting tired of his photos of countless thugs and gangsters shot to death.  Editors have stopped buying?  What to do?

Weegee finds a solution.  It is perfectly legal, and as near as I can surmise, it doesn't even violate journalistic canons (unlike his habit of rearranging props at the murder scene to make a more interesting shot).  But boy, it does seem unethical in the extreme.

I have no idea whether Most is describing something that actually happened to Weegee or making it up.  But it's an interesting story that makes you think.
Posted by Robert Lopresti at 9:55 AM 1 comment:

Email ThisBlogThis!Share to TwitterShare to FacebookShare to Pinterest
Labels: 2019, Most, MWM

Niall Nelson is on my Flight, by Jim Fusilli

"Niall Nelson is on my Flight," by Jim Fusilli, in Alfred Hitchcock Mystery Magazine, September/October 2019.

This is the second appearance here by Jim Fusilli.

Betty's point: You don't send money back.  You don't negotiate out of insecurity.  You push hard.  You demand.
My question: Do they really want me?

Paul has written a treatment for a movie based on the life of musician Nick Drake and now he is flying to France to talk to a studio interested in  making the flick.  He is afraid he is not good enough.  His much-younger wife Betty clearly thinks he is not ambitious enough.  (He suspects she only stays married to him to provide a father figure for her son.)  And it turns out a famous A-list actor is on their flight, someone Betty thinks he should find a way to talk to...

That's all I will tell you about the plot.  There are two things that made this story stand out for me.

One is Fusilli's use of real people and institutions.  I think most writers would have had their fictional characters fly on Paris Airlines to talk to executives at Seine Studio, but he just flat out says Air France and Canal+.  And Nick Drake too, was a real-life person.  Niall Nelson, of course, is not real, but you don't have to be an addict of Hollywood gossip shows to guess what sixty-ish Irish action star Fusilli is invoking.

The second element is a very blunt form of foreshadowing.  Early twentieth-century crime writer Mary Roberts Rinehard is credited/blamed with being the queen of the "Had I But Known" school of writing, in which suspense is created by lamenting bad decisions.

Fusilli doesn't do the lamenting but he simply warns us that bad things are about to happen.  It was one of those men, I later learned, who set out to harm us.  That's the first of several notes.

I feel like it shouldn't work but it certainly does.  Good story.