The Mechanical Detective, by John Longenbaugh

The more observant among you may be wondering why I am reviewing a story in the October issue of Mystery Weekly Magazine when last week I covered a tale from their November issue.  The answer is that I am a wild soul, a born free spirit who scorns chronological order.  Ha ha!

Another thing I scorn is fan fiction, where a person attempts to add another story to someone else's ouevre, either taking advantage of public domain, or with permission of the heirs, or just hoping that they will never notice or care to sue. Not fond of those stories. But I sometimes enjoy what I call a pastiche in which the writer uses elements of another writers world to create something different.  Heck, I have even indulged in that game myself.

And so has Longenbaugh.  In his world it is 1889, eight years after the Great Detective (unnamed, but you-know-who) has arrived on the scene, and London is stinky with consulting detectives, each with their own gimmick.  Allow me to introduce Ponder Wright, the Mechanical Detective.

Wright is not truly mechanical but rather what we would call a cyborg, having had various parts of his body replaced by machinery after an accident.  This was due to the kindness of his wealthy and influential brother.  "I daresay my soul is my own," he notes, "but far too much of the rest of me is merely leased from Mordecai."

He says this, by the way, to his roommate and biographer, Danvers, who is a "mechanical surgeon,"
fully human, but skilled at repairing delicate bio-gadgets.

In this story Wright has been summoned to examine the case of a professor who has apparently been killed by one of his automatons.  But these robots can only do what they have been programmed to do.  Has the War Department violated treaties by asking the professor to build killing machines?  Or is there another explanation?

One thing that requires an explanation, of course, is how steam-powered London possesses such advanced machinery.  Longenbaugh offers one which requires more suspension of disbelief that Ponder Wright's solution to the mystery, but I enjoyed it all.  This is a fun piece of work.

The Last Evil, by David Vardeman 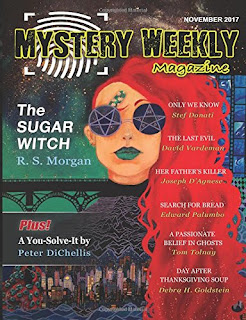 Hooboy.  What to say about this week's entry?  It reminded me of Shirley Jackson, John Collier, maybe some shadowy corners of Flannery O'Connor and even James Thurber.  In other words, we are in the strange part of town.

Our protagonist is Mrs. Box, who believes that suffering is good for the soul.  Hence she wears flannel lined with canvas, because parochial school taught her "the value of chafing."

She also believed in doing "a lot of good in the world. But there  was another tinier but just as important point, and that was to get the leap on people.  In her own life she felt a lack of people leaping out at her.  In the past forty days and forty nights, not one soul, nothing, had given her a good jolt.  Mr. Box certainly had not."

Which is why she keeps a live tarantula in her purse, which she pulls out to shock people.  As a good deed.  Or does she do that?

One thing she does do is meet a man on a train who has something in his briefcase even more frightening than a live tarantula.  Or does he?

Enough. Read the thing and find out.  It's worth the trip.
Posted by Robert Lopresti at 5:13 PM 2 comments: 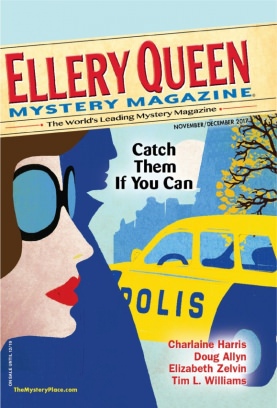 Fusilli captures the tough guy tone perfectly, in a fun tale.
Posted by Robert Lopresti at 7:55 AM No comments: 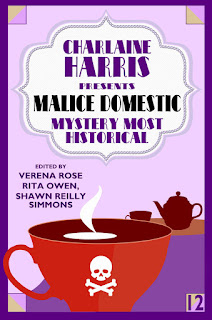 This is an excellent salute to a classic subgenre of pulp fiction.
Posted by Robert Lopresti at 12:30 AM 1 comment: