I tried to resist this story.  I really did.  This led to a loud argument in my head.


Here's what makes it makes it weird: When was the last time you read a story written in first person plural?

You may say "A Rose for Emily," the masterpiece written by William Faulkner. But that story essentially has a standard third person omniscient narrator with just occasional uses of "We" to remind you that this is the community's viewpoint.

In Mark Haskell Smith's story, on the other hand, "We" is very much the main character.  They are (It is?) an over-the-hill rock band, so meshed together that they speak as a unit.  It's a shock when one of the members thinks about quitting and suddenly shifts from "one of us" to "he."

After a gig the band's equipment (including the titular guitar) is stolen but "we couldn't call the police because one of us was supposed to be home with an ankle monitor strapped to our leg."

So they go off  in search of it.  But single-minded they ain't.  When the hunt takes them to a donut shop the rings of fat and sugar so mesmerize them they forget what they came for.  "We are not detectives," they explain, primly.

No, but they are hilarious. 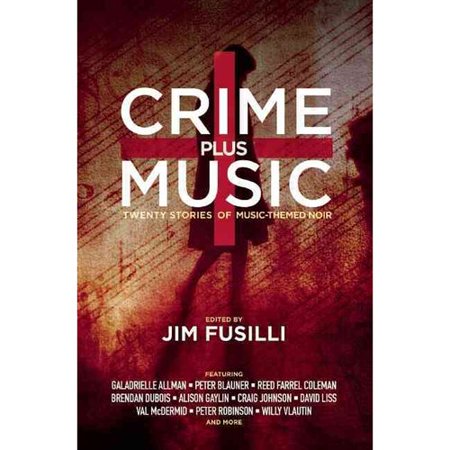 Jess lives with relatives because, a decade ago when she was four years old, her mother murdered her father.  That's the official story, but it turns out the truth is a lot more complicated.  "There are worse things to be in small-town America than the daughter of a murderess," says her caretaker.  "So I hold my tongue and settle for silence."

McDermid is a Scottish author but she writes well about "small-town America."  This is a story about privileged rich kids clashing with folks from the poor side of town.  Also about teenagers trying to figure out who they are and coming up with answers that may not please their neighbors.

I enjoyed this one a lot.
Posted by Robert Lopresti at 7:54 AM No comments:

The Attitude Adjuster, by David Morrell 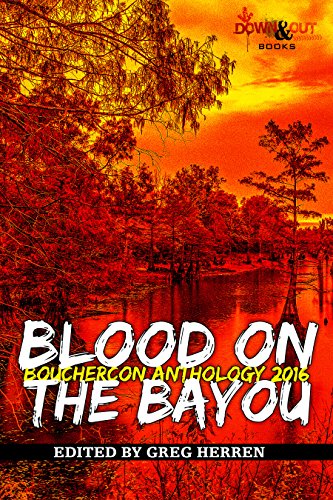 "The Attitude Adjuster," by David Morrell, in Blood on the Bayou, edited by Greg Herren, Down and Out Books, 2016.

This story reminds me of a classic by Jack Ritchie, "For All The Rude People."  Both start a  guy getting ticked off at inconsiderate folks and deciding to fix the problem.  The solutions they come up with are very different, and of course, that's the wonderful thing about fiction: two writers can take the same idea in two wildly different directions.

Morrell's star is Barry Pollard and what he likes to do is beat up rude people; put them in the hospital.  He figures this attitude adjustment is good for people and they ought to be grateful for it.  So one tipsy night he puts an ad on the internet offering to punish anyone who is suffering from a guilty conscience.

If you are brighter than Barry - not a high bar - you can see where that plot is going to wrong, and so it does.

The victim winds up in the hospital but his wife's best friend, Jamie Travers and her husband Cavanaugh, are in the protecting business and they set out to figure whodunit and whopaidforit.

My one complaint about the story is that the solution to that last problem feels unearned and a bit week.  But the tale is definitely worth a read.

Posted by Robert Lopresti at 12:12 PM No comments:

Email ThisBlogThis!Share to TwitterShare to FacebookShare to Pinterest
Labels: 2016, down and out, Morrell

Caught on Video, by Brian Leopold

The publisher sent me a free ecopy of this book, and rudely, I forgot to mention their name last week.  Thank you, Crime Syndicate Magazine.

Roberto runs an appliance repair shop in L.A. in the 1980s.  That means occasionally a redfaced customer presents a video camera with a tape stuck in it.  He or she wants it back but does NOT want Roberto to watch it.

And so he gets another amateur sex tape for his collection. But things get even better when he finds a way to profit off this sideline.

Ah, but an illicit sex act is not the only that can get recorded by a video camera, and inevitably, that's what happens in this twisty tale...

Posted by Robert Lopresti at 1:18 PM No comments: