This was a tough week, since Hitchcock featured stories by two of my favorite writers about two wonderful series characters.  Mitch Aldeman's Bubba Simms stories and Kristine Kathryn Rusch's Spade/Paladin tales have several things in common.  Both feature men who are six-five, and both rely more on character and language than on plot.  But there are big differences as well.


Bubba is a three-hundred-pound weightlifter; a private eye in Florida.  Spade is a four-hundred-pound Microsoft millionaire who uses his money and numbers skills as a forensic accountant to run the finances for science fiction conventions.  Spade (that's his nom de fandom, we never learn is real one) has an occasional partner, Paladin, an athletic young woman who is his opposite in physique, temperment, and almost everything except intellect.

The reason I chose Rusch's story this time is that it had a more interesting plot than Aldeman's "Eureka."  I could see where that story was headed pretty much from the beginning, but Rusch's story took it's time in unfolding.

In "Trick or Treat," Spade is working at a convention in San Francisco on Halloween weekend when Paladin asks him to help out by babysitting a troublesome kid named Casper.  Spade, well aware that an overweight misfit millionaire hanging around with a child could be misconstrued, grumbles "The worst situations in the world always start with the words, 'trust me.'"   But he always finds it hard to resist Paladin.

The center of the story is the fat man and the grumpy Casper, both smart and both lacking social skills, trying to establish a productive relationship.  Naturally, it involves computer programs.  And crime.

Both stories are very much worth a read.

I Heard A Romantic Story, by Lee Child

When an author makes most of his income writing one kind of novel it must be a great relief to occasionally break loose and write a very different kind of short story.  One example of that is Field of Thirteen, Dick Francis's collection of tales, none of which use the first person narration so familiar from all of his novels.

And Lee Child, when he isn't writing his Reacher novels produces some excellent little stories. And this one is all about style.

Love is Murder is the third anthology from the International Thriller Writers, and the theme is romantic suspense. Many of the stories are fairly standard romantic suspense - boy and girl either fear each other or fight a common enemy.  But Child is on a very different wavelength.

Did I mention that this piece is all about style?  For one thing it all written in one long  breathless paragraph.  And here's how it starts:

I heard a romantic story.  It was while I was waiting to kill a guy.  And not just a guy, by the way.  They were calling this guy a prince, and I guess he was...  .

The narrator is a hit man for our government and the romantic story involves the spy who authorized the killing and the woman whose job it was to get the mark in the right place at the right time.  You see, she happened to be the boss spy's lover.  But that won't interfere with the plan, will it?

Child is far too good a writer to use the unconventional style just for giggles.  It adds to the suspense, and makes the outcome less predictable.  Nice piece of work.

Posted by Robert Lopresti at 3:57 AM No comments:

Email ThisBlogThis!Share to TwitterShare to FacebookShare to Pinterest
Labels: 2012, child, Love is Murder

The Double, by Janice Law 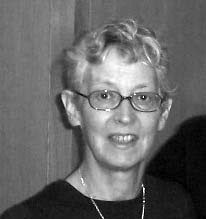 My friend Janice has created a little gem here, I think.

Malik has the fortune, good or bad, of resembling the General, his country's beloved dictator.  Naturally he is assigned the job of impersonating the General, saving him from boring meetings and assassingation attempts.

But the General is a far-thinker and he sends Malik, with proper supervision, to set up a new life for himself in Miami, just in case at some time in the future the General turns out not to be so beloved.  And that works fine until the inevitable happens.

Because only one person can live that new life, right?


Posted by Robert Lopresti at 8:35 AM No comments:

The Premature Murder, by Michael Mallory 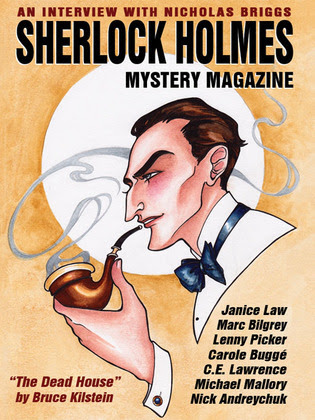 I have indicated before I am a sucker for stories that try to rethink some elements of our genre's history.  My old friend Michael Mallory does a fine job in this story.

The time is 1852, the place is Baltimore, and the narrator (anonymous, unless I missed his name somewhere along the line) is a new recruit for a private detective agency, trying to prove he is good for more than filing papers and fetching growlers of beer.

In a bar one night he meets a potential client, a down-on-his-luck actor who wants him to investigate the mysterious death of the actor's estranged son, one Edgar Allan Poe...

The story is full of detail and atmospheric language (our hero doesn't carry a pocket watch, he carries a repeater.  The gun in the story is a Philadelphia Deringer, spelled correctly for once.)  A treat, all in all.

This is my first encounter with Sherlock Holmes Mystery Magazine, and I am enjoying it, but I resent paying for the twenty pages that repeat a Holmes story by Arthur Conan Doyle.  Don't most of us already have a copy of those books?
Posted by Robert Lopresti at 10:43 AM No comments: