I'll Be You, by Travis Richardson

"I'll Be You," by Travis Richardson, in The Desperate and the Damned, edited by Sandra Ruttan, Toe Six Press, 2019.

Third appearance here by Richardson.  Chris met Kevin when they were both playing hockey in high school.  Kevin was trouble back then, dealing drugs, doing worse things.  Now its twenty-years later and he sees only one way out of his difficulty.  Swap faces, and lives, with Chris.  Chris isn't in favor of this but, hey, he doesn't get a vote.

Highly implausible but as fast moving as a hockey game.
Posted by Robert Lopresti at 9:33 PM No comments: 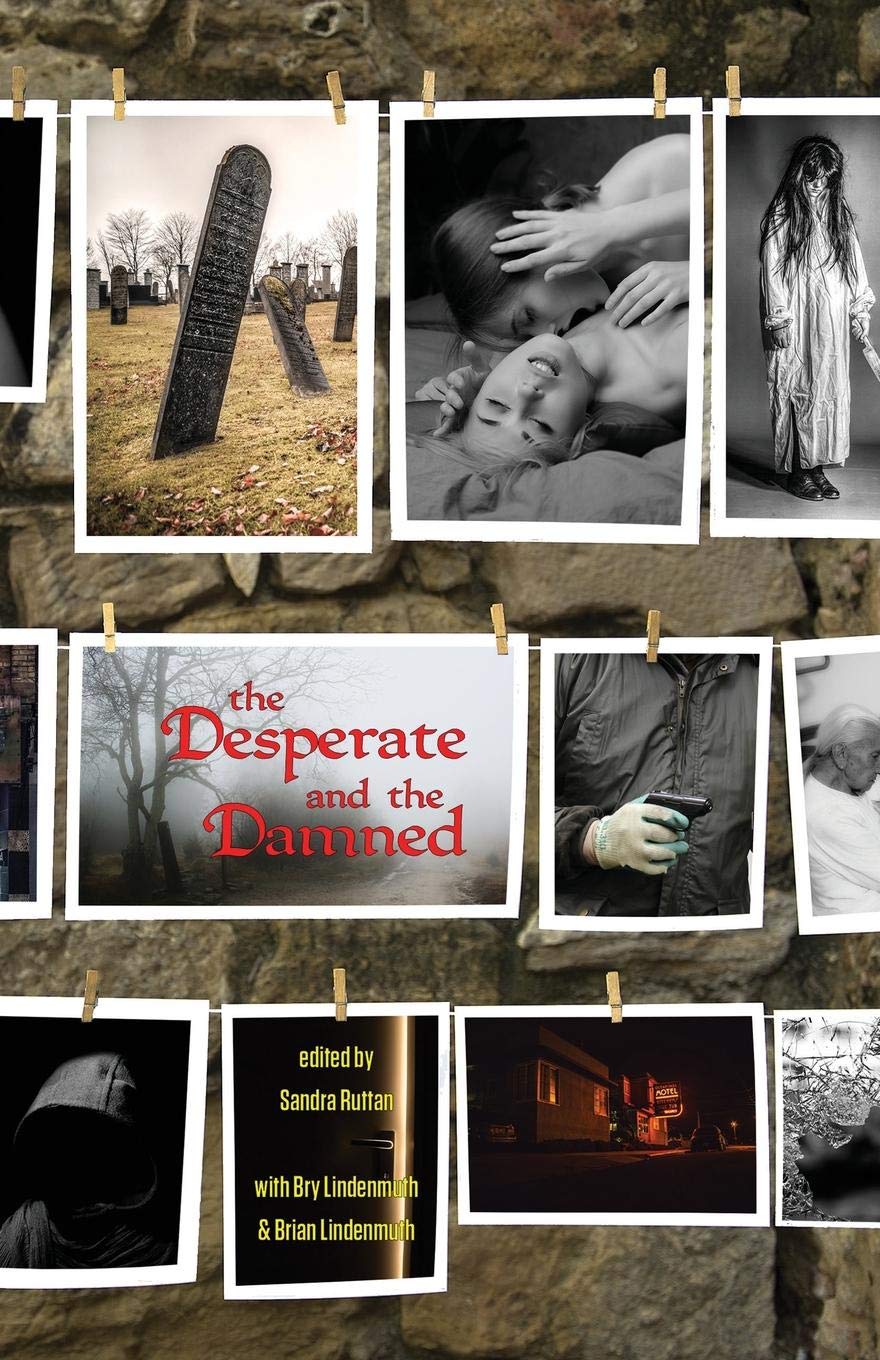 "Stealth," by Merrilee Robson, in The Desperate and the Damned, edited by Sandra Ruttan, Toe Six Press, 2019.

I wonder if the aging of the baby-boomers is going to result in a glut of crime fiction about dealing with dementia, incontinence, and nursing homes?  Or are we already there?

Enid suffers from dementia.  Can't really speak.  Wonders why an adult woman is claiming to be her little daughter.

But when a man slips into her room and starts rifling through her belongings she knows he doesn't belong there.  Turns out he's a neighbor.  Turns out she's the only one who knows what he's up to, and other people are getting in trouble for his crimes.

Can Enid find a way to reveal the truth?  Her solution, very clever indeed, is actually quite biblical.
Posted by Robert Lopresti at 7:42 AM No comments:

Minerva James and the Goddess of Justice, by Mark Bruce

"Minerva James and the Goddess of Justice," by Mark Bruce, in Alfred Hitchcock's Mystery Magazine.  July/August 2019.

I have a fondness for the Black Orchid Novella Award, and not just because I won it once.  Co-sponsored by AHMM and the Wolfe Pack, it is intended to honor and promote the novella genre used by one of my favorite authors, Rex Stout. The rules do not require you to copy Stout's format, but most of the winners do.  (Typically that means a mastermind detective, a narrator/legman, and a final gathering of suspects.)

Let's get to Mark Bruce's winning entry.  In 1962 Carson Robinson is a private eye in Sacramento, California.  He was recently in the army, in "a place you never heard of called Vietnam... I was an advisor."  They didn't like his advice, which was "to get out of that godforsaken jungle as fast as we could..."

He is hired by Minerva James, a famous defense lawyer.

Why would a high-class act like Minerva James summon a beaten veteran like me?  I had only just obtained my license after two years of struggle and an initial failure to pass the licensing exam.

There is a murder case but she makes it clear that their job is not to catch a killer but to  find evidence to exculpate her client.

"Mr Robinson, if I asked you to do something dirty and underhanded, would you do it?"
"No," I said.  She looked at me in surprise.
"II thought you needed work," she said.
"I need a soul too."

It's going to be an interesting relationship.  Makes for a good story.

Posted by Robert Lopresti at 9:42 AM No comments:

This is the third appearance here by McCormick and the second for Quintus the Clever.  But our hero, if that's the right word, takes a while to arrive.

The story is set during the rule of Caligula the mad in the Roman empire.  The narrator is Camilla Tertia, which is to say, the third Camilla.  ("Siblings with identical names, especially amongst girls, were common in conservative and affluent families...")

Tertia is twelve and, she reports proudly, "already considered far and wide the scoundrel and gossip of the family."  Reports have not been exaggerated.

Her sister Secunda is about to make an unhappy marriage.  Tertia decides it can be prevented if her expensive engagement ring is lost - a bad omen!  And who better to make it disappear than the luckless thief she meets after he is caught and whipped?

Quintus is clever enough to want nothing to do with her - what's Latin for hellcat? - but she doesn't give him much choice.  The best part of the story is their conversations.

"Be an honest man, Quintus, and rob my sister!"
Posted by Robert Lopresti at 1:07 PM No comments:

"The Tourist," by B.K.Stevens, in Alfred Hitchcock's Mystery Magazine, July/August 2019.

This is the second appearance on this page by my fellow SleuthSayer,the late B.K. Stevens.


They'd brought him no joy, those first three murders...

So the story begins.

Where do you hide a leaf?  In a forest.  And of there is no forest?  You create one.  G.K. Chesterton had Father Brown say that that was a fearful sin. Ecologists might disagree, but now we are scrambling our metaphor.

Charles has decided to kill his annoying wife.  He want to disguise it as the work of a serial killer.  That means killing several other women first, creating his own forest, so to speak.

Of course, if you have read a few hundred crime stories you know something is going to go wrong with this clever plot.  The question is: what will the fatal problem be?  I certainly didn't see it coming.

My favorite part is that the event I expected to be the climax is tossed off in a sentence. Hell, in a clause.  Lovely bit of misdirection there,.