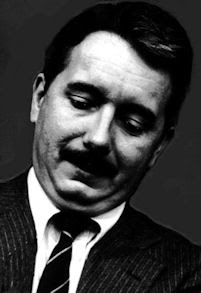 As I recall, Donald E. Westlake said that the essence of the private eye story can be found in the etymology of the phrase hardboiled dick.  "Hardboiled," meaning a tough person to deal with, comes from the American army during World War I.  "Dick," meaning detective, comes from Quebecois rumrunners during Prohibition.  So the private eye story begins where the newly cynical veterans of the Great War met organized crime spawned by Prohibition.

Meaning, among other things, that the P.I. story dates from an era long past.   So is it too dated to be of interest anymore?  Let's see what James. L. Ross manages to do with it.

The story has a very traditional beginning.  A woman's ring has been stolen.  She wants it back but more importantly, she wants to know if her boyfriend is the thief.


How many motifs of the P.I. story show up om those two sentences?  The female client.  A hidden agenda behind a seemingly simple assignment.

But this is clearly a very modern story.  For one thing the client quite casually explains that the boyfriend is the guy she sees when her fiance is out of town.   And she works for a Wall Street firm that specializes in computerized trades based on miniscule momentary gaps between values of stocks.  Finally, the nameless P.I. hero is also dealing with "my wife's boyfriend."

Not something Sam Spade had to worry about.

Of course, the ring just turns out to be the tip of the iceberg.  There are murders, and theft, and corruption; areas where Mr. Spade would feel quite at home.

The P.I. story seems to be adjusting just fine.

Posted by Robert Lopresti at 10:42 AM No comments:

The Last Sitcom, by Lawrence Maddox

I remember reading a supposedly-true story (maybe in the I, Anonymous column  of The Stranger?) about someone who found a cell phone on election night 2008.  The owner had been texting and receiving viciously racist jokes.  The finder composed a note in the owner's name confessing that his racism was a disguise for his sexual longing for Black men.  He sent it to everyone on the owner's mailing list except his mother.

I was reminded of this by Maddox's story (freely available, by the way), about a sitcom writer who wanders into a computer cafe in L.A. and discovers that the previous user hadn't signed out.  Turns out he was a member of a band called the Hillbilly Death Squad.

Doug, our alleged hero, decides to amuse himself by sending out some inappropriate emails in the name of the musician.  As you can guess, bad things result.

It's a funny story, a sort of good luck/bad luck roller coaster as Doug and the musicians strive to get the upper hand.  As for who wins, well, it isn't so much that have to find out for yourself, as that you have to decide for yourself.
Posted by Robert Lopresti at 10:04 AM 1 comment:

Email ThisBlogThis!Share to TwitterShare to FacebookShare to Pinterest
Labels: 2013, Beat to a pulp, Maddox 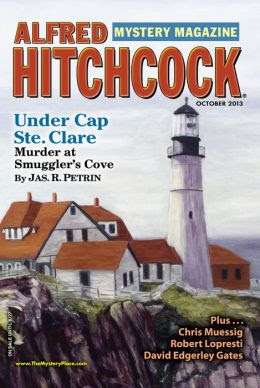 Why did this story, definitely not science fiction, make me think of Isaac Asimov?

Some thirty years ago I heard Asimov speak and he said (I am paraphrasing, obviously) that science fiction's great contribution to literature was starting in the middle.  If you think about it, nineteenth century fiction (and earlier) often started by telling you the hero's ancestry and background, describing the town, etc.

If science fiction began that way, you would never get to the story and readers would give up before you were halfway through detailing the planet's history.  So science fiction writers learned to leap in and fill in the details where and when needed.  Readers had to keep up and most of them found that they enjoyed it, I think because it gave them a mystery to solve (Oh, there are different bases on Luna, each founded by a different country as you can tell by their names...)

But one problem for a reviewer is: how much should he or she reveal?  Take Muessig's story.  It's not like there is a a big twist ending but he definitely expects you to sort out the time, place, and circumstance a bit at a time.  And why should I deprive you of the pleasure?

The protagonist is Sergeant Nolan, a Marine sergeant who suddenly finds himself facing multiple crises.  His wife has left him for reasons you will discover.  He has to decide whether to re-enlist for another six-year hitch.  And his boss goes off on extended duty, leaving him as the only Corps member to look after a private who has been arrested for murder.  Worse, that private is a Black man and this story takes place in a time and place where that can be a dangerous place to be -- especially if you are accused of killing a white man.

A fascinating tale, and one that told me a lot I didn't know about its time period.
Posted by Robert Lopresti at 6:10 PM No comments: 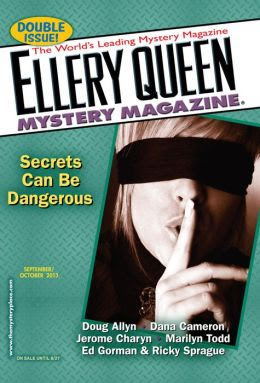 The word "prequel" was apparently coined by Anthony Boucher in the 1950s, but I first heard it twenty years later when someone had the unfortunate idea of making a movie about Butch and Sundance before things started to get messy for them.

Prequels are one of those ideas that tend to sound better than they turn out.  (Cough, cough, Star Wars)  But as always the proof is in the pudding.

This story is a prequel to "Wood Smoke Boys," which made a lot of best-of lists last year, including mine.  "Boys" is about  Dylan LaCrosse, a cop in the north territory of Michigan.  In the present story we learn about the circumstances that caused him to leave the Detroit Police Department and retreat back to his home turf in the north.

And the circumstances involve taking a bullet in the head in the middle of the kind of hellish cop's nightmare in which there can be no good action to take.  LaCrosse survives the injury and is booted out of the force.  Now to survive he has to deal with crooked cops and missing money.

A very satisfactory prequel.  Maybe George Lucas should have hired Doug Allyn.
Posted by Robert Lopresti at 10:16 AM 1 comment: