I list the best fifteen mystery stories of the year today at SleuthSayers
Posted by Robert Lopresti at 7:10 AM No comments:

Email ThisBlogThis!Share to TwitterShare to FacebookShare to Pinterest
Labels: 2013, best

I say this with great fondness and admiration: Jim Powell is a nut.  Exhibit A is the latest of a long line of  stories he has written in honor of Christmas, one more fantastical than the next.  Plots against Santa Claus, plots by Santa Claus...

This story involves two professors at the University of Toronto and a theory for the origin of that most inexplicable piece of the holiday experience: the fruitcake.  I won't go further except to say that the origin is Not Of This World.

The story barely qualifies as a mystery -  or putting it another way, Powell tucks in a crime to make it fit into EQMM when it might otherwise have been happier in a fantasy magazine.  But I am not complaining, because if it had shown up there I might not have had the chance to read it, or report it here, and that would have been a shame.
Posted by Robert Lopresti at 4:37 PM 1 comment:

The Confidante, by Diana Dixon Healy

This is the best political fiction I have read in some time.  (Insert a joke about Obamacare or the George Washington Bridge here if you wish.)

I remember almost twenty years ago thinking that someone could craft a nice piece of fiction out of the fifteen minutes of fame of Linda Tripp.  You may remember that she was the bureaucrat Monica Lewinsky unwisely confided in.  I never got around to writing such a piece but Healy has, combining it with traces of another political scandal of more recent vintage.

Peggy is a mousy young woman who works for a presidential campaign. She is flattered when the more vibrant worker Kim takes an interest in her.  They start meeting regularly and Kim begins to tell her secrets, secrets that could change political history...

Some lovely twists in this one.

Posted by Robert Lopresti at 2:51 AM No comments:

MWA has announced them.  The whole list is here, but the short stories are below.  Congratulations to all!

This book is a collection of science fiction mysteries (which gives me a chance to write about genre crossovers next Wednesday at SleuthSayers).  One frequent complaint about combining these two fields is that you can't write a fairplay mystery in a science fiction world, because the reader can't know enough about the environment.  This is a fairplay story, of sorts, and you will have to decide whether it follows the rules.


At first the plot sounds like one of those gook luck/bad luck jokes.

A miner gets killed on an asteroid, and that's bad.

But someone confessed, and that's good.

Except it turns out that the confessed killer couldn't have done it, and that's bad.

However, a detective is heading to the scene of the crime to interview the other suspects, and that's good.

But there aren't any other suspects.  No one else on the whole asteroid.  And that's -- well, that stinks.

There are some lovely twists in this story, including one that I seem to remember from a science fiction movie of a few years back.  But to be fair (there's that word again) I still didn't see it coming.
Posted by Robert Lopresti at 2:47 PM 1 comment: 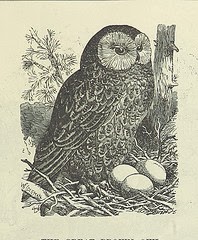 For those who came late, here's what noir is:  A loser tries to be more, gets involved in crime (on one side or the other) and gets screwed.

This is a pretty good one.

Danny Contreras is an investment broker, but not destined to be one long.  He is using drugs like they were dental floss and giving his Rolex to the dealer in lieu of payment.  On the way back to his apartment he has an accident and winds up with a ton of money.  He also has some bad guys following him.  And possibly another companion: a giant owl out of Mexican legend .  Whether the owl is real or in his head, it doesn't mean anything good.

Posted by Robert Lopresti at 1:43 PM No comments: