Reason to Believe, by Mat Coward

"Reason to Believe" by Mat Coward, in Death By Horoscope, edited by Anne Perry, Carroll and Graf, 2001.

Ran across this 2001 collection at the library and it had a lot of good authors (Block, Rusch, Lovesey, etc.) so I thought I'd give it a try. Some of the stories assume astrology is real, some assume it is bogus. I, a definite bogus-er, enjoyed some of each, but this was the stand-out.

I think one of the reason so many of Donald E. Westlake's books were made into bad movies was that a lot of his humor is in the narration, and that doesn't carry over onto the screen at all. And speaking of language, I remember Stephen Fry complaining when he portrayed P.G. Wodehouse's Jeeves that the first time Jeeves appears in the books, he "shimmered" in. How exactly was Fry supposed to "shimmer in?"

The humor in this story is mostly character-based. Specifically it revolves around our hero, DS Harry Peacock of the Metropolitan Police. Harry has a somewhat eccentric view of the world and conducts an ongoing conversation with himself that cheerfully overflows in ways that baffle his companions and delight the reader.

Peacock is no fool so when he is talking to his boss his rebellious thoughts stay inside.

"OK. You all right to run with this for a little longer?"

Harry wondered what would happen if he said that, in fact, non, he wasn't OK to run with this, that, in fact, he rather thought he'd spend the rest of the day swmming in the lido. It WAS a hot day. He wouldn't mind a swim.

Later someone threatens to report him to his superiors and Harry replies: "I have no superiors... They're small men with mustaches."

The story has a plot. Did I mention that? A man who doesn't believe in astrology has been regularly meeting with an astrologer and now he has disappeared. Harry has a strong suspicion as to what has happened and eventually he proves it. But along the way we get conversation like this one with the horoscope scribbler.

"Astrology is not as hot as it was when I started up. The public is fickle."

Email ThisBlogThis!Share to TwitterShare to FacebookShare to Pinterest
Labels: 2001, Coward, Death By Horoscope 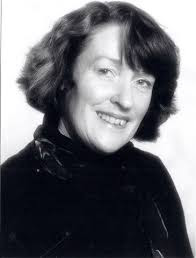 You see, among the best private eye novels of the modern era are Lawrence Block's Matt Scudder series (and if you haven't read the new one, A Drop of the Hard Stuff, treat yourself), and Scudder is NOT a licensed P.I. So the rule goes approximately like this: the story has to be about someone who is paid to investigate a crime, but is not a government employee. That includes the classic private dick, but it also covers Scudder, and lawyers, and reporters.

All of which is relevant because Cheryl Rogers has written a story about a reporter in Western Australis who is investigating the death of a local wine-maker. Not a very popular wine-maker, as it turns out. His widow says cheerfully "I can't think of many... who didn't want Saxon eliminated, out of the picture, poof!"

The plot thickens when it becomes clear that our narrator had excellent motive to want the man dead herself. The ending surprised me although it was nicely foreshadowed. Well-written and funny. No wonder it won Australia's Queen of Crime Award.

Posted by Robert Lopresti at 9:23 AM No comments:

The Private Eye Writers of America have announced the nominees for the 2011 Shamus Award. Here are the best private eye stories of the year:

We're back in dumb criminal territory here. What else can you say about thieves who take a school-aged nephew along on a heist, a sort of take-a-teen-to-work program? The reason Brett's story stood out from the pack is a surprise ending that made perfect sense but which I didn't see coming at all. A lot of fun.
Posted by Robert Lopresti at 9:32 AM No comments:

The Trial, by Walter Mosley

"The Trial" by Walter Mosley, in Freedom: Stories Celebrating the Universal Declaration of Human Rights, by Amnesty International. 2011.

Interesting idea. Each story in this book is tied to one of the articles in the Universal Declaration of Human Rights. (Some articles inspired several stories.) I can't tell you how good the whole book is because I just got it and jumped ahead to one of my favorite authors.

Walter Mosley's piece is inspired by Article 7: Equality Before The Law, which is not something his characters feel they have been getting much of. They are African-Americans, residents in a housing complex where drug dealers can get an easy pass from the bribe-taking cops, but more "serious" crimes are punished without much consideration of the issues that caused them.

In this case a drug dealer has been murdered and various community members - his lover, his sometime assistant, the oldest resident, a successful businessman, etc. - have gathered to decide the fate of the confessed murderer.

As the story goes on it goes through fascinating shifts - Was Wilfred the killer justified? Does this group of neighbors have the right to rule on him? Do the courts?

Mosley writes with the easy conversational style of a great mystery writer, but he is discussing deep, deep issues here.
Posted by Robert Lopresti at 9:52 PM No comments: