Dreaming of Ella, by Francelia Belton 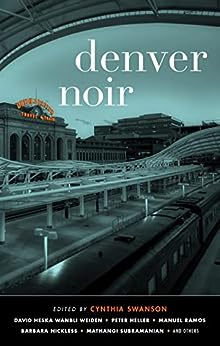 "Dreaming of Ella," by Francelia Belton, in Denver Noir, edited by Cynthia Swanson, Akashic Press, 2022.
The publisher sent me a copy of this book.
It is 1956 and Morgan plays trumpet in a nightclub in the Five Points, Denver's home for jazz and African-American culture.  He inherited the horn and his talent from his father, who died young.  HIs mother told him that his dad "was playing the devils' horn and one day the devil would collect his due."
Well, you can't complain that this story isn't noir enough, can you?
Morgan's great dream is to play some day with Ella Fitzgerald and, wonder of wonders, one night she walks into the club.  She wants to sing a number with the band.  And yes, she may even be in the market for a new trumpet player.
And then a phone call changes everything and Morgan's life begins to skid wildly off the rails.  It seems like the devil may be back for a second helping.
I often wish the Akashic Books' Noir Cities series had more historical tales.  This is a nice one.
Posted by Robert Lopresti at 9:40 PM No comments:

An epistolary story set in a school  Makes me think of Up the Down Staircase.  But this one uses mostly email instead of memos.

K-9 Officer Bradley is assigned to an elementary school as a resource officer, largely because his charge,k Boomer, flunked his test as a drug-sniffing dog.  Now Bradley is using the pooch to try to make connections with the kids.  And Boomer starts getting disturbing letters from a third-grader.  Is she just having every-day kid problems or is something much more serious going on?

This story is something different and I enjoyed it a lot.

The publisher sent me a free copy of this book.

A private eye story with a twist.  Wayne Furlong became a P.I. because he got laid off from his previous work as a newspaper restaurant critic.  Since he wrote under a pseudonym no one knows that he was the guy who wrote those vicious critiques - including his current client,  a hotel manager whose restaurant still hasn't recovered.

But the problem she hires him to deal with took place many floors above the dubious charms of the food shop.  A marketing guru had been decapitated in a hotel room a year ago and the crime had not been solved.  The manager hoped that if the killer is caught the bad attention, in the form of reporters and podcasters, would blessedly retreat.

Furlong approaches the problem with the exquisite eye for detail of an experienced food critic, and that is what makes the story unique.

Posted by Robert Lopresti at 10:08 AM No comments:

This is Breen's second appearance in this space.

So, what's Anne Boleyn been up to lately?

Same old, same old.  Wandering around the Tower of London, but in spite of the famous music hall song, she has her head firmly on her shoulders, not underneath her arm.

An American tourist named Kit discovers this when she drops dead in the Tower and Queen Anne arrives for a chat.  I am describing this as if the story is a comedy but it isn't. Boleyn comes across as a tragic figure, and very sharp except for her blind love for that nasty husband of hers.

How sharp?  She is the one who figures out that Kit was poisoned.  (She is shocked that Kit has no poison tester.)

The two wronged women managed to help each other out in this very clever story.

Posted by Robert Lopresti at 9:56 PM No comments: 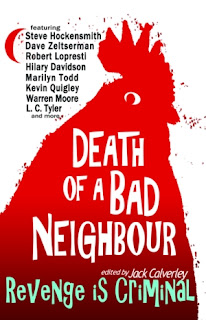 Posted by Robert Lopresti at 8:48 PM No comments:

The Last of Their Line, by Robin Hazard Ray 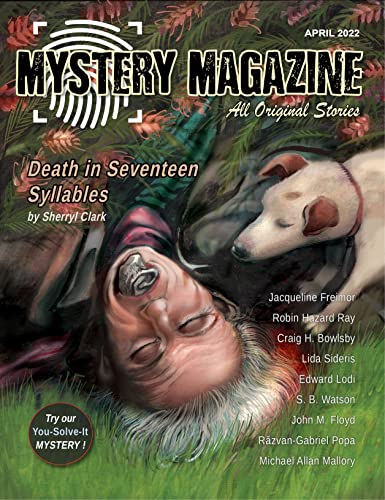 "The Last of Their Line," by Robin Hazard Ray, in Mystery Magazine, April, 2022.

It's Boston, 1857.  Sumner Bascomb is the superintendent of Mount Auburn Cemetery and he receives a letter from Thomas Damon, wishing to purchase a lot big enough to accommodate 24 bodies.  He has decided to move all the remains of his family from the Trinity Church Burying Ground.

If that doesn't sound complicated enough, it turns out that Damon is not actually in charge of his family's estate.  That privilege belongs to his sister, who lives in the same house as him, but they haven't spoke in twenty years.

A lot of family secrets here, with interesting motives... 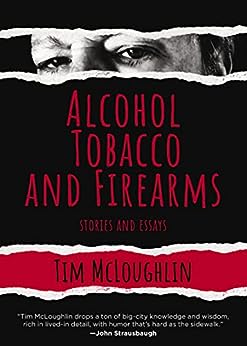 This is a collection of stories and essays.  If I am reading the acknowledgements correctly, this story is one of three new ones.

It is sometimes poor form for a reviewer to reveal that a story has an unreliable narrator.  But since McLoughlin's character  begins by saying "Appearance is everything and I'm a fraud" I don't think I'm giving away any secrets.

The protagonist is a postal service police officer in New York City.  One reason he describes himself as a fraud is that he can accurately say he has been shot twice, in combat and on the job, but this ignores the fact that they were both minor injuries caused by friendly fire.  Not as heroic as it sounds.

But the main thread of the story is a stunt he creates to speed up the occasional metal detector check which they run on post office customers, always on Friday because that is the lightest work day.  You see, nobody want to spend the beginning of their weekend processing a bust.

Arrests go down on weekends, they go down in nice weather, they go down when they are inconvenient. Conversely, they spike shortly after Halloween and remain high through Thanksgiving, when overtime checks will arrive in time for Christmas shopping.

The cop invents the Amnesty Box, explaining that customers can drop into this cardboard box anything they know they shouldn't be taking through the metal detector.  The catch is they won't get the dumped items back.  "Even on a slow day we would collect a couple small bags of weed and a few knives."

A harmless-enough trick until something much more dangerous is dumped in the box.  Then the story takes several surprising turns...

Posted by Robert Lopresti at 1:00 AM No comments: