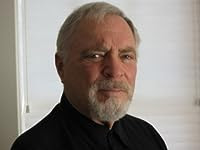 Good story.
Posted by Robert Lopresti at 12:35 PM No comments:

The Mayan Rite, by Terence Faherty

Well, I don't know about you, but that exchange certainly got my attention.  It happens deep in the middle of this story, which is largely a character study.  My co-blogger Faherty has a great talent for characterization through dialog.  See Anya above, for instance.

The protagonist, Robert, is a middle-aged guy, down in Mexico for a family wedding.  We don't learn a lot about him (not coincidentally he's the one who talks the least, a very reserved sort of guy).  His brother, on the other hand, is more outgoing: "Before we're done, Mexico's gonna be sending out for more tequila!"

But Robert is the one who notices what appears to be an unhappily married couple.  And he notices some bad stuff...  There is clever deduction in here too.  A lovely piece of work.
Posted by Robert Lopresti at 11:25 AM No comments:

The Tricky Business in Mai Chau, by Nathan j. Beyerlein

This is a very old-fashioned story, and I mean that in a good way.  It takes place in a current setting but it is about a man who solves a crime through shrewd deductions.  Moreso, it is narrated by the detective's companion (in this case, client) who is utterly baffled by the brilliant discoveries.  This is aliteraty tradition dating back to Poe, of course, and the first detective stories.  Which doesn't make it less fun.

Bertrand Stein lives in Hanoi and he's in a panic.  An old college friend has come to visit him and disappeared.   Unable to interest the authorities, who figure she is just off sightseeing, he contacts a local American blogger he knows through the Web.  Nat Burg is the brilliant amateur detective who solves the case with some very clever thinking and knowledge of the local scene. He is clearly being set up as a series character with tons of eccentricities, mysterious past, and an acerbic tongue.  "You asked me to help, not give you a tutorial in basic logic."

I look forward to more adventures of these characters.  I do have to point out that when a writer named Nathan Beyerlein writes about a hero named Nat Burg, the name Mary Sue comes leaping to mind.

i
Posted by Robert Lopresti at 11:04 AM No comments:

Not A Penny More, by Jon Land

This story made me nostalgic for Rod Serling's Twilight Zone Magazine, which lived from one end of the 1980s to the other.  It specialized in fantasy and what you might call light horror.  For example, I still remember Evan Eisenberg's "Heimlich's Curse," about an archaeologist who opens a pharoah's tomb and winds up drowning in a vat of peanut butter.

My point is that this nifty story might have been quite comfortable in that late lamented market.  I'm glad it found a home at The Strand.

Walter Schnitzel is a loser and a loner.  He is a middle-aged accountant, watching younger men get promoted over his head.

But his life makes a sudden lurch when he takes an old clunker of a used Buick for a week-long test drive.  All of a sudden Walter gets lucky - in more senses than one.  His whole self-image changes as well.

So, is the car magic?  Is it all coincidence?  And, oh yeah, why is this story in a magazine full of crime stories?

All shall be revealed...

Posted by Robert Lopresti at 11:31 AM No comments:

Congratulations to the nominees for the International Thriller Writers' THRILLER Awards.