This is the second time Lansdale has appeared on this page.  I have read a number of his short stories, and watched the Hap and Leonard TV series, but this is my first encounter with the two gentlemen in print.  It did not disappoint.

Our east Texas heroes have been fishing and on the way home they almost run over a woman who runs out in the street to wave them down.  There has been a car crash and her husband is dead.

A very sad accident.  But is it accidental?

I said, "something about this whole thing stinks."
"Did you shower this morning?" Leonard said.

The Kindly Dark, by J.B. Toner

Each story in this book features a term of venery, which is the fancy word for a collective noun for animals.  I guess that makes this the title story.

In ten years of reviewing stories have I ever chosen one with an animal narrator?  Probably, but I don't remember doing so.

Let's begin at the beginning, shall we?

No bleakness is complete without a crow.  A ruined church, a barren moor, a graveyard by a grey and empty sea; without the brooding shadow of a solitary rook, their desolation lacks its full potential.

Okay, Mr. Toner, you have my attention.  What are you going to do with it?

He is going to introduce us to his narrator, a bird named Quick of Lurkwood Murder.  He is fast, but getting older, and his peace has been disturbed because Father McReady has installed a safety light at the door of St. Bernadette's Church, blotting out the comfortable dark of Quick's favorite resting spot.  The wire cage around the light is too strong for Quick to break.  Can he find another way to restore the darkness?


Anthropomorphism isn't for all readers, of course, but Toner's tale is rooted in two factual characteristics of crows, among the cleverest of birds: their ability to recognize those who have done them good or ill, and their willingness to mob a raptor.

I debated whether to review this story, not because of the birdy narrator, but because of its questionable crime content.  The only crime is a case of avian vandalism.  But hey, it's in a book of crime stories and it's a beautiful tale, so that's good enough for me.

When I reread a story immediately it is usually because of a trick ending.  In this case I reread it simply because the writing was such a delight.

Here is Glint, leader of the Murder, preparing for the caper:

"Here, sir."  Knock was as big as a raven, our strongest fighter. An old scar marked his breast, and his left wing was white as bone.

"Will the raptors fly on such a day as this?"

A wry note entered Knock's voice.  "Only the boldest and the dumbest."

"Perfect.  Ready your team."
Posted by Robert Lopresti at 1:23 PM No comments:

The Underground Man, by John Lantigua

This is the second time I have selected a story by John Lantigua.  Like the first it is about Miami private eye Willie Cuesta.

In this story a lawyer friend asks WIllie to help a client who is an expert on tunneling.  He helped break political prisoners out of incarceration in Uruguay but for the last twenty years he has been doing legit construction work in the U.S.

Alas, someone blabbed about his past to the wrong people and now some some professional jewel thieves insist he help them tunnel into a jewelry store.  He doesn't want to do it, and even if he did, he thinks they will leave him underground permanently, so to speak.

Turn them in?  Not so easy.  Because the tunneler is in the country illegally.  Quite a dilemma.

Willie comes up with a  stratagem which turns, oddly enough, on the professionalism of the bad guys.  A clever story.
Posted by Robert Lopresti at 7:48 PM No comments: 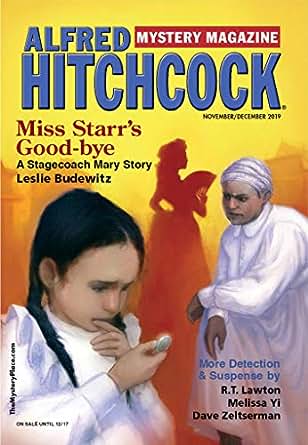 This the fourth appearance in my space by Mark Thielman. It is very silly.  Not that that is a bad thing.

Our hero -- well, narrator, anyway -- is about to celebrate Thanksgiving in the bosom of his family.  That's a bit of luck because he is on probation "for that unfortunate  incident where Mr. Thompson's car accidentally ended up in my possession."  Apparently that sort of thing happens to him a lot.

He decides he needs to buy some weed to make it through "life's vagaries.  They didn't teach me what a vagary was, but I think it's bad."

Which might not be a problem except that his sister Eve unexpectedly shows up for the dinner with her boyfriend Bill.  And Bill is an agent for the Drug Enforcement Agency.  Suddenly that bag of weed is very much on our guy's mind.