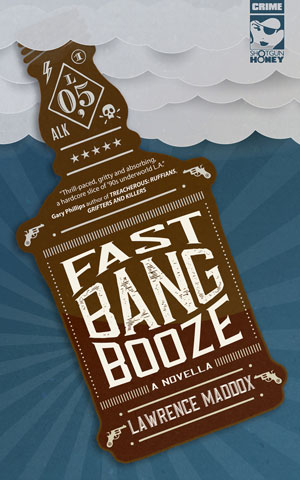 As this tale starts, he is being discovered by Popov, a Russian gangster who decides such a fast fighter would be a useful addition to his crew.  Popov is arranging  that noir cliche, One Last Job, in this case a drug deal which will make him or break him.  This being noir, a whole lot of people and things will get broken, shot, tied up, crashed, stolen, drugged, whipped, etc.  It's a wild ride and it reads a lot faster than 25,000 words sounds.
Posted by Robert Lopresti at 9:03 AM No comments:

Let me start out by saying the last few issues of AHMM have had outstanding cover art.  Truly.

It's hard enough to write a good crime story.  Some people  choose to increase the degree of difficulty by adding fantasy elements.  Now you're trying to satisfy the strictures of two genres, and you know some people will reject your tale because they only enjoy one of them.  So if you try it, you better know what you're doing.

The story begins with a bus driver spotting a "white lady hurrying toward her empty bus at eleven thirty night.  The lady had pajamas on under her bathrobe and big, fat slippers on her feet, which explained why she couldn't break into a run."  She also had a small dog under one arm, and a cat under the other.

Obviously a comic situation.  But Katie Thomas is in a serious mess.  She is running away from "the serial killer in my apartment."  His name, she says, is John Fogus and they met in Hell.

Katie explains to an officer: She had been in a car accident two years earlier and was dead for thirty seconds.  She spent that time in Hell, where she met 10,432 serial killers.

"That's a lot of people, Katie."
"They were all in one place together."
"Kind of like a stadium setting?"
"Kind of."

So Katie is obviously crazy.  Except someone did break into her apartment and left hints that tied him to unsolved killings.

A fun story which even offers an interesting take on Hell.


Posted by Robert Lopresti at 11:16 AM No comments: 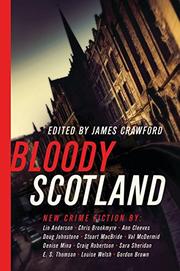 The Icing on the Cake, by Russell Day

This is a tasty piece of work and I can't do justice to it in a plot summary.  But here goes.

The narrator, Gareth, is a gofer for Mr. Driscoll, a British crime boss.  Today his mission is to drive a Jaguar down to a prison where the car's owner, Harry the Spider Linton, is being released after  seven years for robbing a post office.  Although, as it turns out, Harry thinks he owes his incarceration to the stupidity of Mr. Driscoll.

Harry's rage is so feverish that it seems like it might end the trip prematurely.  Gareth might me in danger.  What is going to happen if/when Harry gets to his old mate's mansion, and encounters the man he now sees as the cause of his lost years?

Well, I can't tell you that.  But I will say that the ending sent a shiver down my spine, and it is a rare story these days that gives me a spinal freeze.
Posted by Robert Lopresti at 12:00 AM No comments: