The Waiting Game, by Dana Haynes

This is the second time Haynes has appeared in these electrons.  It is my first encounter with his series characters, Fiero and Finnigan, who run  St. Nicholas  Salvage & Wrecking, which is actually a bounty hunter firm that chases international bad guys.  But that's not the problem they are dealing with here.

Finnigan has been kidnapped by very nasty Russians who want Fiero to revert to her old occupation of assassin.  Only she can get close to a certain target for them.  They show her a video of her business partner being beaten and promise to produce another film of him being clobbered every day until the job is done. Finnigan, we learn is locked in a cinder block bunker with an iron door; escape is impossible.

The Russians have a great plan. But as von Moltke said 150 years ago, no plan survives first contact with the enemy, and Fiero and Finnigan have no intention of following the bad guys' rule book.  I won't give anything away but will say they kept delighting and surprising me.  I was reminded of that classic TV show The Avengers.

One thing amused me: Finnigan is unimpressed by the beating or the lockdown but something upsets him.  He asks his captors to bring him a crossword puzzle book.  "But not Sudoku!  I hate that shit!" I wonder if Haynes knows where Dell Magazines (which published AHMM) makes a lot of their money?

Posted by Robert Lopresti at 1:09 PM No comments:

Capes and Masks, by Richard Helms, 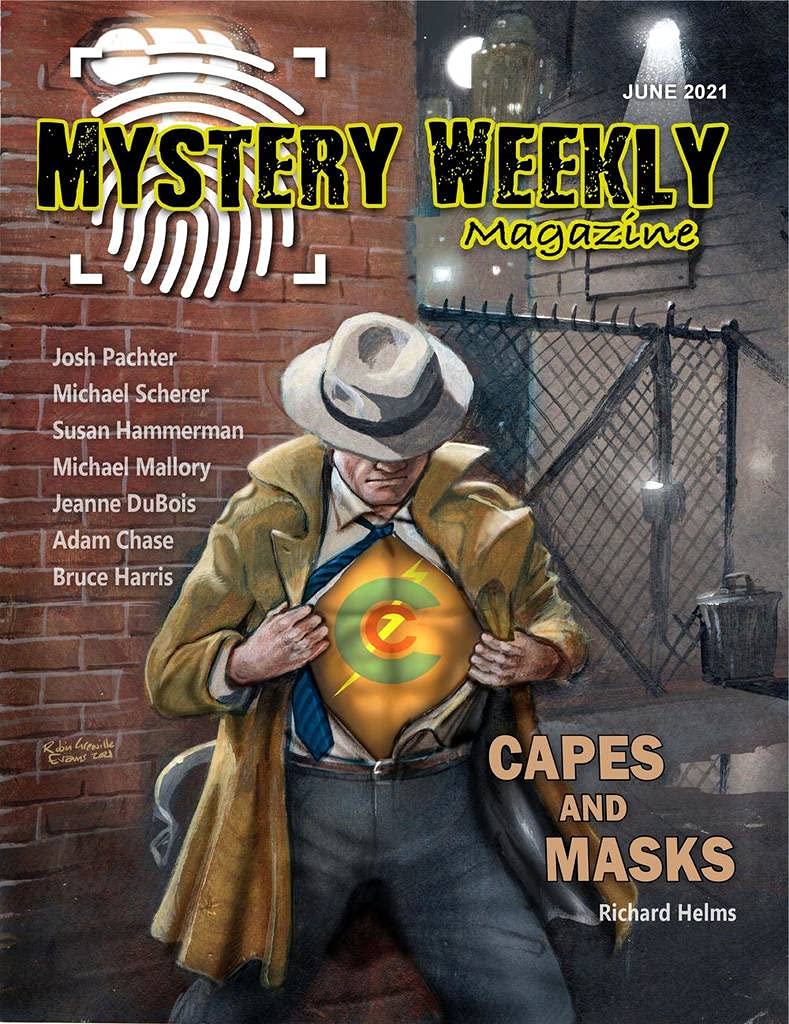 This is the third time in ten years of weekly reviews that I am featuring a story by the same author two weeks in a row.  (Mat Coward and Terrence Faherty were the others).

And except for quality, they couldn't be more different.  Last week I critiqued a war-and-crime story.  Today we have a quirky tale of a superhero, Captain Courageous:

"You know the story. Stolen by aliens who crashed my fourth birthday party.  Returned when I was seventeen, but I was somehow... different than when I left.  Well, duh,  I was thirteen years older, had all this weird hair growing where it never had, and my voice sounded like I was shaving a cat with a cheese greater."

If that sounds a bit... hardboiled... for a superhero it is no accident.  His cover identity is Eddie Shane, private eye.  He mostly deals with divorce work but when a caped dude named Sunburst is found mysteriously dead, this is no job for a superhero.  We need a detective to save the day. 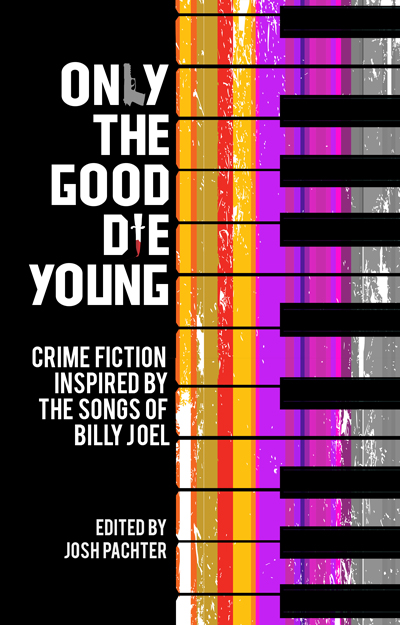 "Goodnight Saigon," by Richard Helms, in Only the Good Die Young: Crime Fiction Inspired by the Songs of Billy Joel, edited by Josh Pachter, Untreed Reads, 2021.

This is the sixth appearance on this page by Richard Helms.  It is more war story than mystery but there is plenty enough crime to qualify.

And a riveting war story it is.  It's 1958 and soldier Owen Wheeler, for offenses unknown to him, has been transferred from a cushy assignment in Germany to a job in Vietnam training the nation's soldiers.  It wasn't supposed to be combat work "but once the black flag rose and the bullets flew, every man in a uniform was fair game."

Taking the trainees out on a long-range recon patrol Wheeler encounters deadly enemies, human and otherwise.  In the process he captures a Viet Cong soldier and brings him back for interrogation.  And that's when the story turns to crime, and gets very very twisty.

You'll want to read all the way to the satisfactory ending in one sitting.

Posted by Robert Lopresti at 9:24 PM No comments:

The publisher sent me a copy of this book.

This cheerful romp is the second appearance here by Walker.

Like all genres the mystery field is full of repeating tropes.  Locked rooms.  Dying messages.  Private eyes with drinking problems.

The late great Jack Ritchie loved mocking such memes and in one story his cop hero was broken-hearted when he realized that the identical twins had nothing to do with the solution to the crime.  So sad.

Which brings us to today's adventure, which is a tale of obsession.  Obsession tends to be funny or tragic depending on how close you are standing to the shrapnel.  this one is pretty funny.

Keenan Beech is a compulsive collector of vinyl, and his golden fleece is The Beatles, better known as the White Album.  You see, the first few million copies have a number stamped on the cover and collectors like Keenan keep buying, buying, buying them, trying to get closer to the elusive lower numbers.  Yeah, obsessive.

But that's not his big problem.  That would be his identical twin Xavier.  Keenan is a hard working guy; Xavier is an unsuccessful scoundrel.  And when a record store offers Keenan a rare copy of the White Album for a mere five grand Xavier somehow gets his hands on it first by, duh, pretending to be Keenan.

Can our hero somehow steal the album back?  And if he does, will that just be the beginning of his troubles?  A cautionary tale for all the obsessive collectors out there.

Posted by Robert Lopresti at 1:30 AM 2 comments: