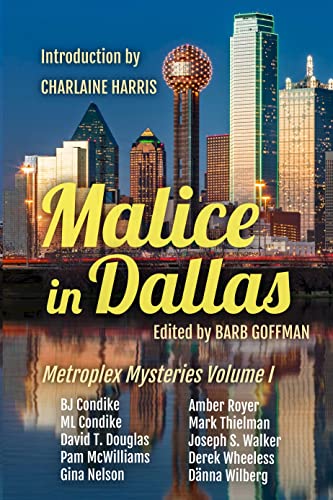 This is the fifth appearance in this column by Walker.

Adler had done a lot of jobs in fields of work where nobody writes a résumé.

In recent times, in fact, he's been working as a hitman.  His latest assignment is a very strange one: Kill a millionaire businessman in Dealey Plaza on November 22.

The contract is so bizarre that Adler's curiosity is piqued.  Why is someone willing to  pay a large amount to see Alex Lersch killed, and why at this time and place?

His research doesn't help much.  Lersch's fortune is going to big institutions, not likely to rush the inheritance illegally.  No one seems to hate or fear the man.  His only unusual characteristic is that he is obsessed with  a certain assassination...

A clever and thoughtful story.

Email ThisBlogThis!Share to TwitterShare to FacebookShare to Pinterest
Labels: 2022, Sisters in Crime, Walker

The Peculiar Affliction of Allison White, by Jesse Bethea

Most of the stories in this book are reprints, including one by me.  Bethea's tale is one of nine originals, if I counted correctly.

This is a story about science versus superstition.  We are in rural New England in the late nineteenth century. The narrator is a physician.

His problem is that a young girl - his own niece - is claiming to be ill and furthermore saying that she is being attacked by vampires.  The irrational villagers believe her bizarre story and are digging up the graves of the supposed monsters, searching for signs that the dead have been escaping from their graves.  "T]here are no signs of things that don't exist," the doctor grumbles.

If he can't find a way of conquering this madness corpses are not the only victims who will be harmed.  This is a very clever story.

Posted by Robert Lopresti at 4:34 AM No comments:

Morbid Phenomena of the Most Varied Kind, by Mat Coward

"Morbid Phenomena of the Most Varied Kind," by Mat Coward, in Ellery Queen's Mystery Magazine, March/April 2022.

This is the seventh appearance in this column by Mat Coward.  He writes extremely silly stories and he does it very well.  Consider this opening paragraph:

If you were thinking of assassinating a politician, my main advice would be don't bother -- they keep spares.  You could spend a whole week popping off the corrupt, the cruel, the ruthless, and the irritating, and they'd just keep replacing them faster than you could reload.

Josh has just fired three shots at a businessman-cum-politician.  He missed, but that was the idea.  He and his roommate are totally against violence.  They simply want to make the big man look imperiled because they want to make money by selling his stock short.

Amazingly enough, the plan works.  Now all they need to do is keep from getting caught.  The potentially fatal piece of evidence is the rifle Josh fired at the bigwig.  See, it could be traced to Oscar.  They found a clever way to dispose of it but because of crooked businesses and surprisingly efficient government bureaucrats - you can't trust anyone these days -  the rifle has disappeared into a landfill.  Our heroes feel they need to rescue it before a bad guy - or worse, an investigating lawman - finds it.

Then we could take it back home and think of another way of getting rid of it.  Being back at square one with no idea what to do next would be  a huge relief. 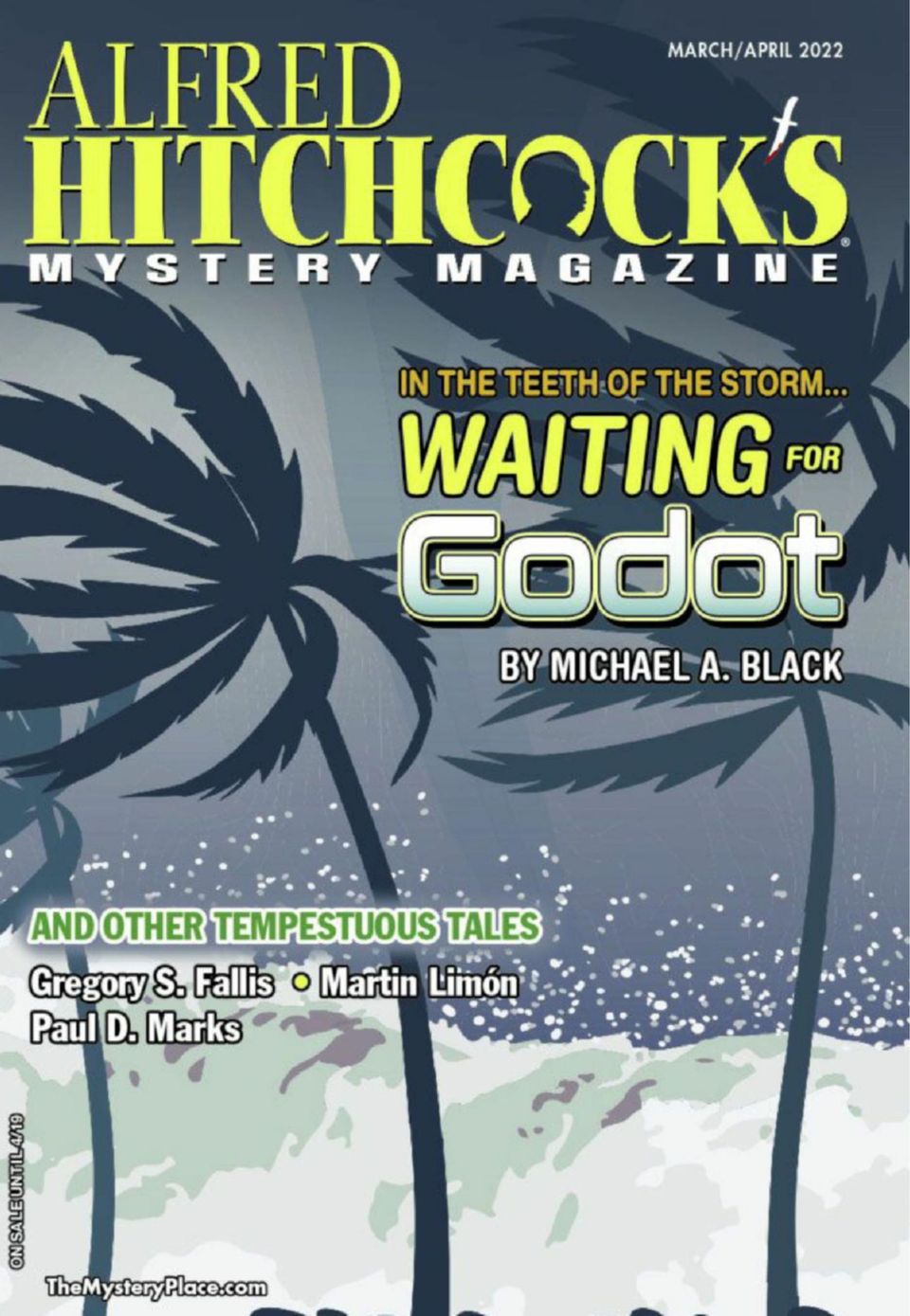 "Death Floor," by Martin Limón, in Alfred Hitchcock's Mystery Magazine, March/April 2022.
This is the fifth appearance in this space by Martin Limón and I believe it is the fourth showing for George Sueño and Ernie Bascom, investigators for the CID of the American Eighth Army.  They work in South Korea, eternally in the mid-seventies.  (They have starred in a dozen novels.)
In this story senior clerk Riley, their old frenemy, has been put in a hospital by a beating.  The colonel in charge of CID had sent him on an off-the-books operation, and it had gone badly.
It seems an officer had a gambling problem and the bad guys he owed money too swiped the half-American little boy he wanted to adopt, as collateral.  Hence the colonel's desire to keep the case hush-hush.
So Sueño and  Bascom have to find and rescue the little boy and punish the people who beat up Riley, and do it all if possible without making a stink.   Good luck, soldiers.
I wrote two weeks ago that Rafe McGregor convinced me he knew all about nineteenth century British army life.  In the same way Limón is absolutely sure-footed in describing Korea in the 1970s and the tricky lives of the CID agents.  Always a fascinating journey with them.
Posted by Robert Lopresti at 8:19 AM No comments: