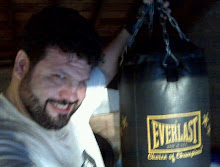 Email ThisBlogThis!Share to TwitterShare to FacebookShare to Pinterest
Labels: 2011, A Twist of Noir, Pluck

Notes Toward A Novel Of Love in a Dog Park, by Louis Bayard

"Notes Toward A Novel of Love in the Dog Park," by Louis Bayard, in Ellery Queen's Mystery Magazine, November 2011.

My first thought was to describe this as experimetnal fiction, the catchall term we use for anything that doesn't follow the standard way of writing that has been used for hundreds of years. But actually Bayard could argue that he is using a very old form, the epistolary tale (some of the first novels in ENglish were comprised entirely of letters).

But this story isn't exactly made up of letters. As the title suggests it is notes for a novel, complete with earnest quotations from some writing manual. The question is how much of the scary plotting of the book's narrator is actually things the would'be novelist has done, or is planning to do.

I'm still not sure of exactly what is real and unreal here, but it is a delightfully disturbing tale.
Posted by Robert Lopresti at 7:11 AM No comments:

I think it was G.K. Chesterton who said (or had a character say) that the criminal is the artist and the detective merely the critic. The reason that the detective nonetheless gets to be the main character is that the story starts after the crime, and the action we follow is the criticism, so to speak, not the creation of the art.

Not so in the usual Gates story. Of course, one can argue that his hero, Mickey Counihan, is not a detective, but he is trying to solve a crime. (In fact, if I were a judge on the Shamus Awards next year I would argue that he meets the qualifications for consideration.)

You see, Mickey is a fixer for the Hannah family, an Irish mob in New York in the 1950s. He usually seems less like a main character than the typical hero of a detective story. More like an observer or not-so-innocent bystander. Because his main job is to watch out for the Hannah family's interests, which may call for him to watch what's going on but not necessarily step in. As someone tells him in this story "You don't have a dog in this fight." Before the tale is over, he very much does.

The story is about a pool match, or really about the betting that goes on before and during the match. No one, including Mickey, can figure out who is manipulating the odds, and to what end. Before it gets straightened out a bunch of people will be dead.

Gates writes convincingly of dangerous men who expect trouble and know how to greet it. But the main reason the story made this list is the sheer casualness of the last paragraph, that treats a stunning detail as less important than a pool shot.

Posted by Robert Lopresti at 7:21 AM No comments: