The winners of the Derringer Awards were announced today by the Short Mystery Fiction Society.  Congratulations to all!

Best Short Story:
Getting Out of the Box - Michael Bracken

In The After, by John Gilstrap

"In The After," by John Gilstrap, in The Strand Magazine, February-May 2013.

My story in this issue of The Strand  has been described as a tearjerker, which is enough to make me wonder if I'm going soft.  My fondness for Mr. Gilstrap's nasty little tale restores my faith in my own essential wickedness.

Tony and Elly Emerson have just returned home after dropping their daughter off for her first year of college.  They find their home invaded by a stranger who is after vengeance.  It seems a mistake Tony had made many years before has come back home to roost.  Some lives will be changed, and maybe a few ended, before the dust settles.


Tony felt himself breathing heavily again.  "Oh, my God.  You're insane."
Another laugh.  "Hardly.  I'm a teacher with a lesson plan."

Class is in session.
Posted by Robert Lopresti at 9:27 AM No comments:

I have to say this is an unusually good issue, which makes it hard to choose favorites.  (Yes, I know I have a story in it; even barring that, it's full of good stuff.)

I don't think I've ever encountered Mr. DePoy before.  Apparently some of his twelve novels are about the protagonist of this tale, Fever Devilin, a laid-off professor of folklore who has resettled in his parent's old home in the hills of Appalachia.

And a creepy story it is.

There is a place in it called Devil's Hearth, and an apparent ghost, but it turns out the really creepy elements are living people.  At the start Devilin is shot at by a backwoods preacher who seems quite unperturbed to be shooting at the man on his own property.  Then there is a teenage girl who is quite content that her miserable and abusive father was killed years before.  And finally there is someone wandering around outside the cabin at the place called Devil's Hearth.

I think what made this story stand out in a good batch is a particularly brutal line of dialog at the very end.  Talk about noir...
Posted by Robert Lopresti at 8:24 PM No comments:

Not Done With The Night, by Jay Brandon

"Not Done With The Night," by Jay Brandon, in Alfred Hitchcock's Mystery Magazine, April 2013.

Unusual story and I can't tell you too much about it without giving stuff away.

Gerald goes into a bar and starts a conversation with a woman, but he obviously has something other than romance on his mind.

I have said before that I am a sucker for stories in which the character has a chance at redemption, whether or not he takes it.  In this case Gerald realizes the depth of his mistake and risks his life to fix things up.

Wine on Ice, by Cheryl Rogers 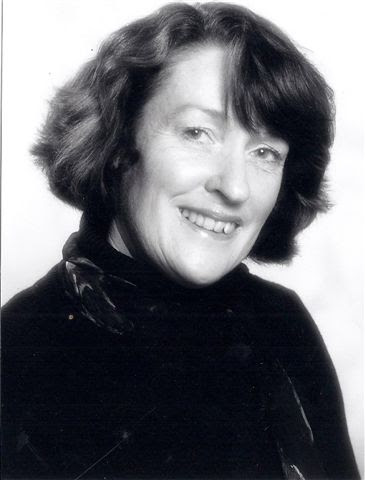 Cheryl Rogers runs a vinyard near Perth, Australia and writes excellent mystery stories - she's been featured here before.  Her regular character is a cop, nicknamed Spanners, who makes up in knowledge of engines what she lacks in social graces.  Her rival for success is a botanist-cop who prefers bicycles to cars.  One gets the impression their boss doesn't like either of them very much.

But he needs their help to investigate the death of a wealth wine grower who was apparently drunk at a huge party (although Spanners notes, she was never seen "tired and emotional" in public before, that being a non-libelous newspaper code for bombed).

Some stories you know right from the beginning will be your favorite of the week - if they can keep up that pace to the end.  Some don't show their true colors until you get to the stunning ending.

But the rarest of all is the story that doesn't reveal itself as the winner until hours after you read it.  By which I mean, I couldn't stop thinking about this one.  Which is not to say Gaylin hasn't given us a good opening.

When the woman who killed Kevin Murphy's daughter walked into Cumberland Farms to pay for her gas, the first thing Kevin noticed about her was the way she crumpled her money.

Got your attention?  I thought it would.  And the ending is no slouch either.  But in between you will slowly learn about what happened to Murphy's daughter -- none of the obvious things that might pop into your head  -- and about the revenge Murphy plans.  Again, that is a long way from obvious.  It is not bloody or particularly violent, but it will shock you.

Powerful stuff.
Posted by Robert Lopresti at 5:37 AM No comments: