The Short Mystery Fiction Society has just announced the winners of the Derringer Award for 2011. Congratulations to all!

Jason just broke up with his pregnant girlfriend. Now he's in the forest, cutting firewood alone, which he knows is a foolish and dangerous thing to do...

Let's talk a little bit about context. In an ideal world we would come to each short story fresh, and see it as the unique work of literature it is. But on our less-than-perfect planet we sometimes notice the frame around the artwork.

Most of the stories in First Thrills would fit just fine into a magazine of mystery stories. But this particular tale is much better off in a collection of thrillers.

Why? Because in a mystery magazine you would know that before the story is over there will have to be a crime, or the threat of a crime, or the memory of a crime. Otherwise it wouldn't be in the magazine, right? But in this book the story is justified by its thrilling content before anything criminal appears. So the surprise works better here than it would in the other context.

Having said all that this is a terrific tale, with the coldest ending line I have read since the last novel by Richard Stark. If I had read it in 2010 it would be on my best of the year list. Karen Dionne apparently specializes in ecothrillers, and she seems to know her woods and her woodsmen very well.
Posted by Robert Lopresti at 7:46 AM No comments:

I have temporarily run short of 2011 stories to read (if you have had one published this year and you want me to read it with the possibility of reviewing it, contact me at lopresti AT nas.com. Published stories only, please). So I have been reading First Thrills, published last year by the International Thriller Writers.

This brings up the question: what's a thriller? Unfortunately the only definition the book provides is this from David Morrell "If a story doesn't thrill, it's not a thriller." Yeah, and if a statement is not tautological, it's not a tautology.

So, here's my effort: a thriller is an action-oriented suspense story. (And before you ask: a mystery is focused on a crime in the past; suspense focuses on crime yet to come.)

Enough definitionizing. Let's get to the story at hand.

Dr. Robert Tomlinson is a distinguished General Practioner. Bobby Tomlinson is an obsessive gambler. They happen to be the same person, and that leads to trouble when there is a medical conference in Las Vegas.

Bobby plays hooky from the conference to hit the casinos, where he meets a fellow-minded doctor named Grove who tells him about the Dead Club. Using the Internet doctors from around the world read the medical histories of terminally ill patients and bet on how long they will live. It's not illegal, Grove assures him, because all identifying information has been removed. What could go wrong?

This is a very twisty tale. I made several guesses as to where it was going, but the authors, Palmer and Palmer, managed to stay several curves ahead of me.

By the way, "The Thief" by Gregg Hurwitz in the same book, came a damned close second. If I had read these stories in 2010 they would have both made my Best of the Year list.
Posted by Robert Lopresti at 10:52 AM No comments:

"The Awareness" by Terrie Farley Moran. in Crimes By Midnight: Mysteries from the Dark Side. Edited by Charlaine Harris. 2010.

When I started this blog I invited you readers to send me reviews of favorite stories. I now have my first bite. Leigh Lundin is an author of excellent short stories and my brother blogger at Criminal Brief. By coincidence he sent me a review on the same subject I chose this week: a story from a book on occult crime. Different story, different book, as it happens. What a coicncidence! Ooh, spooky!

"The Awareness" by Terri Farley Moran.
Reviewed by by Leigh Lundin 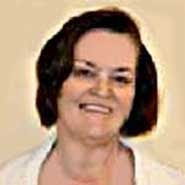 I received a surprise gift, Crimes by Moonlight, the latest MWA anthology edited by Charlaine Harris. This volume is unusual in that each story combines traditional mystery with the paranormal.

I flipped through its contents looking for authors I might know. The first name that leaped out at me was Terrie Farley Moran.

That's right, my tease-mate over at Women of Mystery, plunked in the middle of the book. I turned there first.
Another surprise: Terrie isn't so much an author as an artist. She doesn't write– she paints with words. She sketches and shades and sometimes sculpts. Characters emerge in bas-relief. Single sentences become miniature portraits and landscapes.

Terrie's story, "The Awareness", is unusual in another regard. Rather than recycle vampires and werewolves, she cast a banshee as her heroine. The female fairies of the hills, the keening bean-sídhe, sing at the death of those of their clan. Terrie's immortal, living in New York City, realizes the object of her lament was murdered. She sets about to solve– and avenge– the murder.

"The Awareness" is a satisfying story, not the least because of Terrie's artistry and attention to mythological detail. Terrie's selection is all the more impressive because she was up against 240 or so tough competitors.

This is where I need to make full disclosure: I not only submitted a story to the anthology, but I critiqued four others that were so good, I was surprised they didn't make it. The selection committee made difficult decisions and I didn't envy them.

I next took up Mark Allan Collins and Mickey Spillane's story, "Grave Matters", an unusual Mike Hammer Frankensteinisch horror story. Following on my list is Toni Kelner's "Taking the Long View", after which I'll read the stories from the beginning.

Crimes by Moonlight is a hit and I can assure fretting readers of traditional mysteries (like me) that Crimes by Moonlight does not fall back on deus ex machina. Realism and ratiocination trump the psychic aspects.
Get the book: The first three stories I devoured are all winners. Like me, you'll enjoy Terrie Farley Moran's 'The Awareness'.

You Heard It Here First!
Posted by Robert Lopresti at 8:12 PM 1 comment:

The Spirit of the Thing

"The Spirit of the Thing" by Simon R. Green. in Those Who Fight Monsters: Tales of Occult Detectives edited by Justin Gustainis. EDGE. 2011.

This week I have been reading an anthology of occult crime tales which Justin Gustainis, the editor, was kind enough to send me.

I am not usually a big fan of occult mysteries, although I only object strongly when a supernatural element is thrown in gratuitously (what I call the "ooh! spooky!" gambit). Bad, but not quite as bad, is the story where you only find out about the supernatural element at the end (and he was a GHOST!). Full disclosure: I wrote a story of that ilk once, but it was in another century, and beside, the magazine is dead.

In any case, no danger of that type of story in this book which promises in advance that each story will feature werewolves, demons, fairies or the like. These tales are all new but each also is part of a series of novels and/or stories by the authors.

I tend to like the tales best that play with the cliches and expectations of the mystery genre. For example, my favorite story is Simon R. Green's "The Spirit of the Thing," in which private eye John Taylor is drinking in a seedy bar when he meets a beautiful woman who wants to hire him. How many times have we read that scene? But here is how it plays in Green's world:

"You have to helo me. I've been murdered. I need you to find out who killed me.

Not every private eye gets hired by a ghost. But Taylor is not your average dick. He works in the Nightside, "the secret hidden heart of London, where it's always the darkest part of the night and the dawn never comes..." Am I the only reader who finds himself picturing Diagon Alley?

Taylor solves the crime without leaving the bar and the bad guy comes to a suitable noir and supernatural end.

Other good stories in the book include "Dusted" by Laura Anne Gilman and "Under the Kill and Far Away" by Caitlin Kittredge.

If you like occult stories this book is worth picking up. And by the way, we will have a special feature at this site later in the week about another book of spooky tales.
Posted by Robert Lopresti at 12:13 PM No comments:

Email ThisBlogThis!Share to TwitterShare to FacebookShare to Pinterest
Labels: 2011, Green, Those Who Fight Monsters

The Short Mystery Fiction Society has listed their nominees for best stories of 2010. Congratulations to all!

"A Tour of the Tower," by Christine Poulson, *Ellery Queen's Mystery Magazine*, March/April 2010

"Silicon Kings," by Richard Helms, *The Back Alley Webzine*, April 2010

"The Man With One Eye," by Stephen Ross, *Ellery Queen's Mystery Magazine*, December 2010

"The Scent of Lilacs," by Doug Allyn, *Ellery Queen's Mystery Magazine*, September/October 2010
Posted by Robert Lopresti at 10:22 AM No comments:

I'm a sucker for historical stories. This one is a special case, taking the form of a deathbed statement the main character made to his granddaughter in 1993.

One issue with historical stories is making the setting believable, leaving out anachronisms and making us suspend disbelief about the time and place of the tale. This story has a special concern because we have to believe in the voice of a southern African-American, talking about his youth in the early twentieth century. It is very believable, to my eye/ear.

The day after Daddy went in the ground, it was time for me to get to work. I was the man of the family then and it was yp to me to take over the business. I'd been gong around with Daddy some anyway, so I knew most everything there was to know about it. I hitched Miss Annabelle to the wagon, loaded up the barrels of lime, then headed to town.


The family business was making lime out of seashells and then using them to clean the outhouses of the white folks. Life isn't easy for a black man in the south in the 1930s, but the focus of the story is a horrific crime and a satisfyingly horrific revenge - and a reminder that there are other uses for lime than making a privy smell better.

I wonder if Mr. Sanders has read Avram Davidson's "The Necessity of His Condition," one of my favorite crime stories? There is a strong plot connection in the sense that if you read them one after the other you would have a good idea of what was going to happen at the end of the second. No matter, if Davidson did inspire Sanders it was a legitimate use of the source material, and a terrific story.
Posted by Robert Lopresti at 10:20 AM No comments: