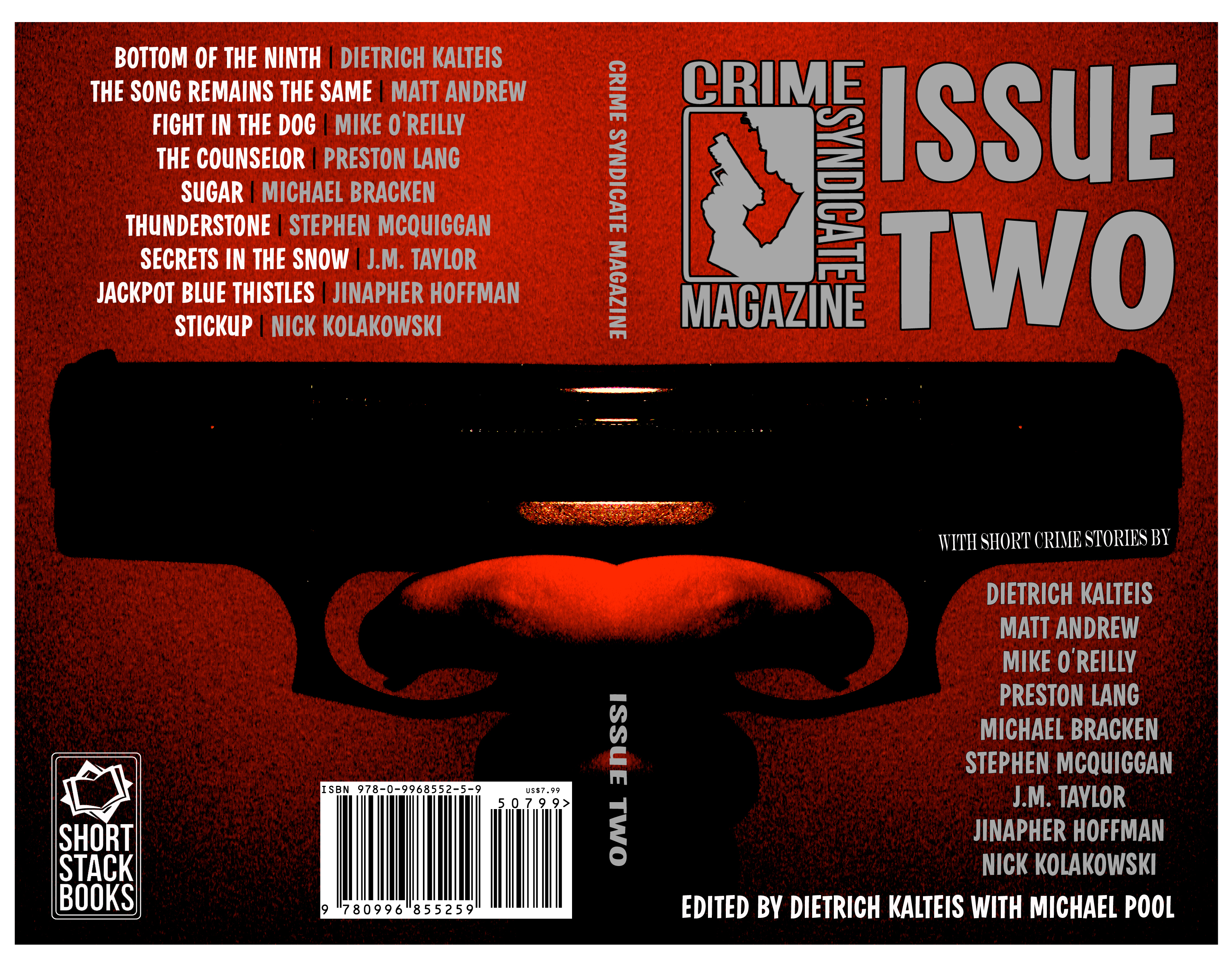 I would say any writer who appears in this space twice in a year can think he's having a good year.  That's not ego on my part; I would be happy if any non-relative thought I scored twice in one spin around the sun.

Mr. Bracken is making his second appearance at Little Big Crimes this month.

This story is about Samuel "Sugar" Cane, a Texas thug who has worked, since he was a crooked high school football player, for a crime boss named De La Rosa.  As he goes about his daily work of collecting debts for the big man he meets a woman whose mother used to be his lover.  Hmm..

A popular topic in writing circles is first person versus third.  This story would be much less powerful if it were in first, or if we could tell what'd going on in Sugar's head.  We ave to figure it out, which keeps the suspense high.

This story reminds me of Michael Koryta's "A People Person," which I wrote about here back in 2013.  Both are about a thorough-going baddie who finds himself unexpectedly facing a line he may not be willing to cross.

And both are terrific stories.
Posted by Robert Lopresti at 9:36 AM