It's rural Kentucky in the mid-eighties, a hard time in a hard place.  Davy is fifteen years old.  His father, a Vietnam vet, lost his job years ago and now puts food on the table hunting and fishing.  Dad has what we might call anger issues.  When his wife said something he didn't like he: "grabbed her by her hair, dragged her to the back door, and threw her into the yard.  'Come back in when you find a cure for stupid.'"

The fourth character in this situation is the family's landlord, Ben Daniels, the richest man in the county.  Daniels wants to bring rich tourists to hunt on his land, which means he has to stop Davy's dad from hunting there for the pot.  Oh, did I mention that Davy's mother is young and beautiful and when she is around the good-looking landlord has "busy eyes?"

So we have all the makings of a tragedy here.  The only question is who is going to end up doing what to whom.  And there Williams offers us some surprises, which is what I liked best about this well-written story.

"There are some things that need killing..."

Posted by Robert Lopresti at 10:30 AM No comments: 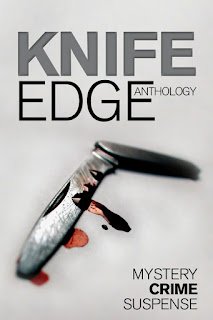 Earlier this week I read a review written by a man who normally deals with nonfiction.  This piece was about a novel and he ended with a variation of that phrase so familiar from fifth grade book reports: "To find out what happens next you will have to read the book."

I shook my head at that amateur effort, but now I am feeling some sympathy.  I can't tell you much about this excellent tale by Jim Williams without giving away the store.  So forgive me if I keep it brief.

It's Paris between the wars and our narrator meets an American in a bar who says he is a writer.  The narrator explains that he fixes situations, no details given.  The writer, who calls himself Scotty, asks him to talk about the most fascinating person he ever met.  So the fixer talks about a guy he met in World War I.

And that's where I have to stop, lest I say too much.  This is one of the stories where the joy comes in figuring out what's going on.  For me, the enlightment came in three distinct bursts, about three different characters.

To find out what happened... oh, you know.
Posted by Robert Lopresti at 11:31 AM No comments: