Book Drop, by Susan A. Bresniker 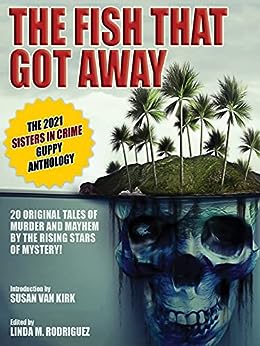 "Book Drop," by Susan A. Bresniker, in The Fish That Got Away, edited by Linda M. Rodriquez, Wildside Press, 2021.

I admit to bias on this one.  In fact I am doubly prejudiced.

First, it's about librarians, which is the occupation I pursued for more than forty years.  This is a double-edged sword, of course: If the writer doesn't know the library biz I get turned off immediately.  But Bresniker, being one of the gang herself, doesn't fall into that trap.

The second reason for my prejudice is more complicated.  See if you can figure it out.

The narrator is Arlie, who works at a public library.  Her colleague is Sal.  The director, their boss, is an obese and brilliant woman named Nora.

Many of you have figured it out by now.  Let me add that Nora is somehow wealthy enough to have a chef named Mitzie...

This is a clever homage to one of my favorite mystery writers.  Hence my biased enjoyment.

I will say that my suspension of disbelief had a hard time coping with Nora's wealth.  I have only known two millionaire librarians.  One inherited money.  The other founded a publishing house and sold it to a big company.  Both promptly left the biz.

But that didn't keep me from enjoying the strange of someone "stealing books for a library."

Posted by Robert Lopresti at 9:18 PM