Neck and Neck, by Andrea Camilleri 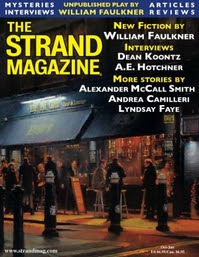 Montalbano,  Camilleri's series character, is appointed Chief Inspector in a village in Sicily, and discovers that a Mafia family feud is well under way.  A member of the Cuffaros is snuffed out with an old-fashioned shotgun, and then one of the Sinagras dies the same way.

Our hero digs deeper as the bodies pile up but no one is talking.  "No wonder Ulysses, right here in Sicily, told the Cyclops his name was Nobody!"

But then something highly irregular happens.  Two members of the same family are killed in a row.  How unseemly!  And Montalbano spots a way into the maze.

Very clever story.  And the fact that one of the characters is named Lopresti did not influence me, I assure you.
Posted by Robert Lopresti at 12:30 AM