Losing It, by Melodie Johnson Howe 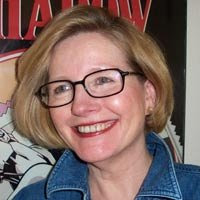 To be honest, I am not a great fan of the subgenre of stories about mousy women being abused, physically or emotionally, by bullying men.  Just not my cup of tea.

But my friend Melodie made me a believer in this one, largely because the story is so twisty it makes a corkscrew look like a knitting needle.

Callie Taylor is the mouse in question, a manicurist.  Mike is the boyfriend, supposedly working on a screenplay, but apparently only working on the groceries Callie brings home on her paycheck.

One night Callie rebels against her life by spending a thousand dollars she can't afford on a shawl.  Mike hates it because it keeps her from looking "normal," the ordinary person he wants her to be.

And then, late one night in a bar, she loses the shawl.  And worse, one of her wealthy customers shows up wearing the shawl - complete with the tears Mike's dog put in it.  How can Callie get it back without losing her job?

That's where I have to stop, so as not to reveal any twists.  Let's just say, whatever you think is going to happen, you're wrong.

But you'll have a very good time being wrong.
Posted by Robert Lopresti at 5:25 AM