Any Similarity to Persons Living or Dead

"Any Similarity to Persons Living or Dead is Purely Coincidental," by Robert S. Levinson, in Alfred Hitchcock's Mystery Magazine, September 2011.

It's hard enough to make up characters. Using real people doesn't necessarily make it easier. Even ignoring the legal questions (it helps if the people you enlist into your fiction are safely dead) there is the problem of making them believable - which is not the same as making them real. You have to fit what people think is true about them.

I know a little bit of this since a few Real People showed up in my folk music mystery. One of them, Tom Paxton, was (and happily, still is) alive. He gallantly offered to be the murderer, but had to settle for being a suspect.

Robert S. Levinson has lately been making a cottage industry out of writing stories set in the early days of Hollywood, using real movie stars. His "Regarding Certain Occurrences in a Cottage at the Garden of Allah" made my best-of list last year. 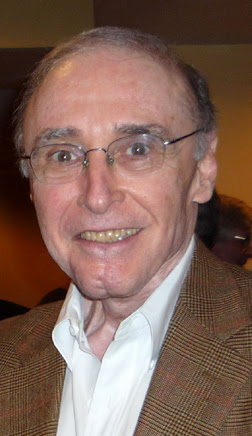 The current story is set in the late 1930s and begins with Lupe Velez finding her husband Johnny Weissmuller in a compromising situation in their cottage.

Well no, I tell a lie. The story actually begins: "The way I heard the story.." And each new scene begins with this familiar formula. It pays off nicely at the end, as does the title.

As things get going there is a murder, a cover-up, an ambitious starlet, mogul Louis B. Mayer, and William Powell. There is even a possible explanation of a real-life mysterious death of a Hollywood star. If you can figure out which characters are fictional you will probably guess who the bad guy is, but in any case you'll have a good time.
Posted by Robert Lopresti at 9:30 PM