Just A Little Before Winter's Set In, by Larry Tyler 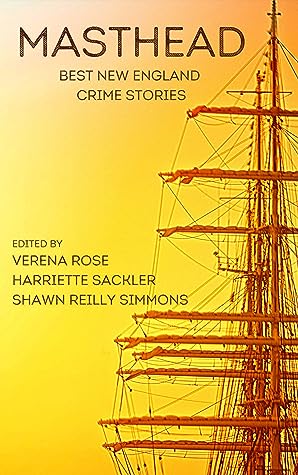 Let's start with a little whining, shall we?  First, as I say every time I recommend a story from this series, to call an anthology the "best" implies that its contents are selected from already published stories, which these are not.  Second, should there really be an apostrophe-S in that title?  I don't see it myself.

In most stories you want the structure to be transparent.  By this I mean that the reader shouldn't be aware of how the tale is organized; it should flow as much like reality as possible.  But some stories are translucent: the structure filters the events.  Think of William Faulkner's "A Rose For Emily," in which the narrator is we, the whole community.  Tell the tale differently and it would be a very different story. It's not that one way is better than the other; just a different choice.

This story is translucent.

The narrator is essentially a hermit (although that word never appears), living alone in the Maine woods.  After describing his life he switches to third person, describing an encounter  a hermit (hmm...) named Teddy Seay  has with Elliot Kayman, a wealthy banker.

Kayman is fleeing (or flying) from the law, hoping to get to Canada as the first step in his escape to no-extradition land.  Alas, his plane crashes and no one is around to help him but the greedy Teddy Seay who won't help him without being paid and paid often.

One suspects where this story is going but you will definitely want to find out for sure.

Posted by Robert Lopresti at 11:31 AM