It's So Peaceful In The Country, by WIlliam Brandon 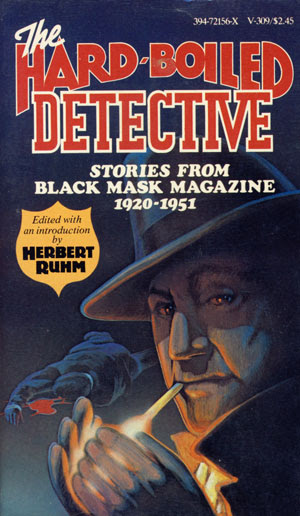 "It's So Peaceful In The Country," by William Brandon, in Black Mask Magazine, 1943, reprinted in The Hard-boiled Detective, edited by Herbert Ruhm, Vintage Books, 1977.

I have been reading a lot of old hard-boiled stories lately, mostly from the Black Mask school.  A lot of them read like photocopies of Dashiell Hammett's Continental Op stories, some blurrier than others.  It made this story stand out by contrast.

Brandon's hero is Horse Luvnik, just out of jail on burglary charges and feeling unhappy because his beloved wife has decided she doesn't want him back until he goes straight.  And she has decided that going straight means buying a cigar store.  How he is supposed to gather enough coin to do that is his problem.  (I guess he can go straight after that.)

Things look bad but then Horse gets an invitation to Vermont.  A gentleman scholar there named Dingle is working on what he hopes will be the definitive book on Edgar Allan Poe's first editions.  The problem is that some of the information  he needs is in the home of his hated rival, a woman who lives a few miles away.  And since she refuses to share Dingle hires Horse to steal her notes every night -- and then smuggle them back into her house every morning.

As you can imagine, things quickly get silly.  It is as if Damon Runyan and P.G.Wodehouse collaborated on a hard-boiled tale.  The Continental Op might spin in his grave, but I enjoyed it.

Posted by Robert Lopresti at 8:20 AM