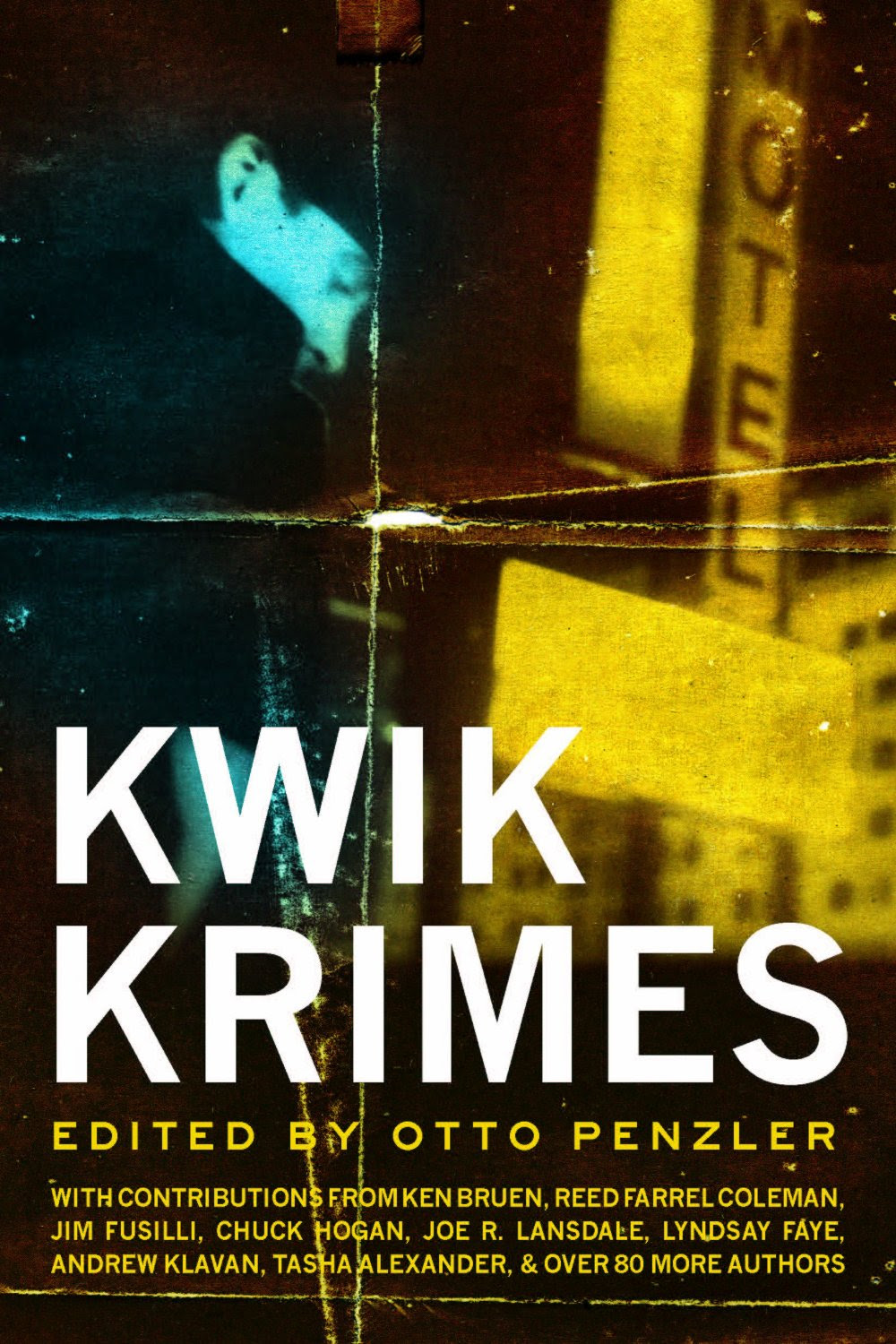 Kwik Krimes is a collection of flash fiction, mysteries under 1000 words long.  I have written before about flash stories and concluded that there are basically three categories: outline, anecdote, and other.

The outline is generally the least satisfactory.  It attempts to cram into onto a postcard a plot that really needed more room to grow.  The anecdote tends to work better; one little slice of life (or in the case of this book, often a slice of death).  By the other I mean something bizarre, often something that would be painful at greater length but uniquely fits the little niche of the flash.

Take for example, Mr. Coake's contribution, which immediately made me think: why didn't I think of that?

The narrator simply offers his deep thanks to everyone who made his latest work possible, and we get the idea he is not talking about a work of literature:

Margaret, my wife.  You were this story's subject, its reason for being.  I think, by the end, you understood me at last.

Other stories I like a lot in the part I have read so far include stories by Chuck Caruso and Bill Crider, as well as tales from  friends of mine, Gary Alexander and Jo Dereske.
Posted by Robert Lopresti at 10:29 AM