The Witches of Endor, by Janice Law

"The Witches of Endor," by Janice Law, in Alfred Hitchcock's Mystery Magazine, May/June 2021.

Janice Law is one of my favorite contemporary short storyists, as demonstrated by the fact that this is her seventh appearance here.  She is also my friend and a fellow SleuthSayer.

Edie and Cynthia are older women, two sisters with an unusual occupation.  They create highly detailed dioramas of crime scenes.  Usually they are commissioned by forensic conferences to show actual murders or create training puzzles.

But their current assignment is different.  A private client has asked them to reconstruct the scene of an unsolved murder.  What's his motive?

"It was an article of faith with [Cynthia] that a really complete reconstruction held the solution..."

The ending cleverly ties the title in.  I wonder how many readers will understand that part?

Posted by Robert Lopresti at 9:02 AM No comments:

Walter Mosley, who knows a thing or two about writing fiction, said "Story is what happens. Plot is when the reason it happens or the reasons that it happens are revealed to the reader."

In other words, you don't necessarily want to have the beginning, middle, and end of your story in that order.

The first thing we learn in this tale is that whatever occurs in it  lands our protagonist in prison. And he doesn't seem to be too upset about that.

Frank Scarso was  in prison before because of a tragic mistake he made.  Now, in his sixties, he is looking for a chance to do a little good. In a word, he is hunting for redemption.

He gets a job in a home for kids with serious problems and finds himself oddly bonding with an autistic boy whose life has been one horror after another.  Frank thinks he can maybe help, and if that brings him grief, so be it...

What does Crandall gain by putting the cart before the horse, so to speak, telling us how Frank's story will end?  I will paraphrase another author, Jean Anouilh, who said the difference between tragedy and melodrama is that we know how tragedy will end, so the struggle to survive takes on a sort of nobility. We know where this is going but it is a fascinating trip...

Posted by Robert Lopresti at 9:05 PM No comments: 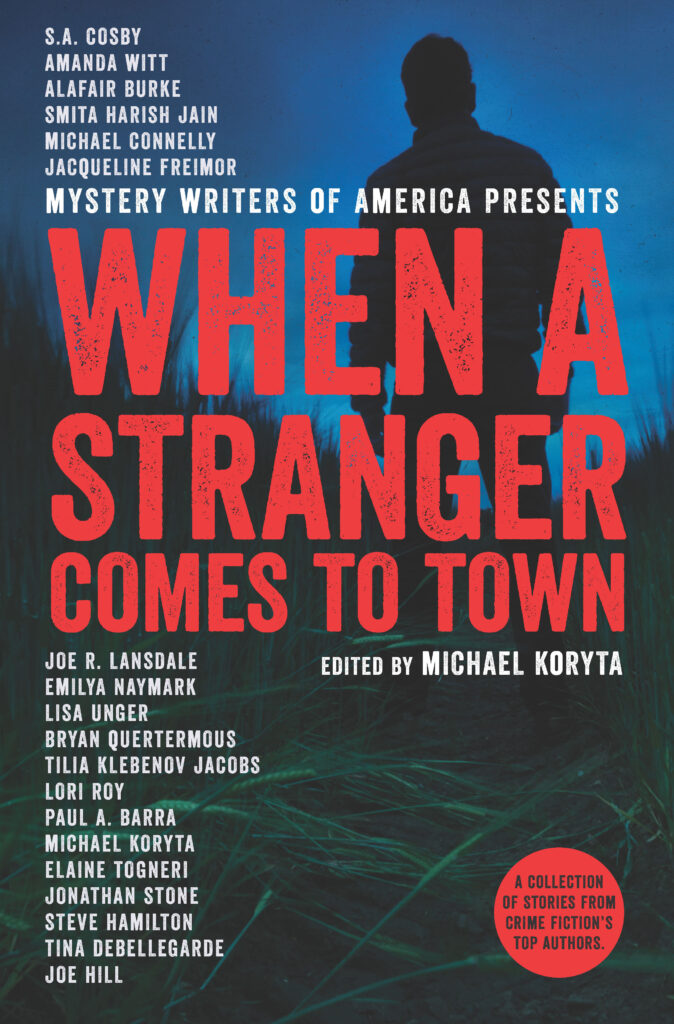 "Relative Stranger," by Amanda Witt, in When A Stranger Comes To Town, edited by Michael Koryta, Hanover Square Press, 2021.

This is your basic suspense story, nice and simple.  Protagonist in danger.  High stakes.  Nothing extra needed.

Glory Crockett lives on a farm and one day a stranger knocks on the door.  What's disturbing is that he resembles her husband, Owen.  Turns out his name is also Owen Crockett.  He's the bad-news cousin she has heard about but never met, largely because he has spent most of his life in prison: "a one-man crime spree."  Now here he is, with a glib charm that rings completely false.

And somewhere outside the farmhouse is Glory's husband and her four young sons.

Anything else to mention?  Oh yes. When the cousin comes in he leaves a spot of fresh blood on the door.  But he's not the one bleeding...

You'll read this tale in one sitting.

Posted by Robert Lopresti at 5:54 AM No comments:


"Return to Sender," by Gar Anthony Haywood, in Jukes and Tonks, edited by Michael Bracken and Gary Phillips, Down & Out Books, 2021.

Somebody stole Binny's favorite possession right out of his bar: "his late father's jukebox, the one that had been sitting near the door off the parking lot, next to the candy machine, since the fall of 1961."

Binny suspects that his ex-wife Peoria (what a great name) is behind the theft.  He's right. But how can he prove it, much less get his beloved box back?

A tall order.  But luckily the clowns who did the  theft damaged the machine and needed to find a repairman, and that lead to...

A convoluted but enjoyable story.

Posted by Robert Lopresti at 3:33 PM No comments:

Email ThisBlogThis!Share to TwitterShare to FacebookShare to Pinterest
Labels: 2021, down and out, Haywood

Yeah, I Meant To Do That, by Mat Coward 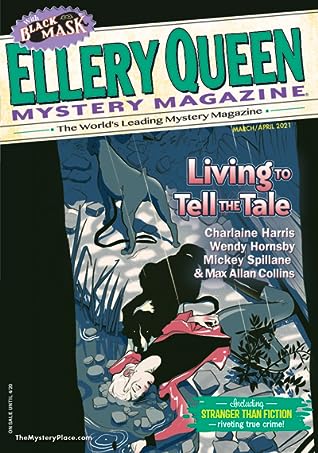 "Yeah, I Meant To Do That," by Mat Coward, in Ellery Queen Mystery Magazine, March/April 2021.

This is the sixth appearance in my column by Mat Coward, who writes very funny stories.  Here is how this one begins:

"At some point you're going to have to grab everything and run.  And the chances are, when that happens, you'll be wearing duck feet and a blindfold and trying to carry twenty thousand pounds in coins in a wet paper sack."

How's that for an arresting image?  These words of wisdom are spoken by Barber, an aging con man trying to educate a group of proteges.  They want his help in scamming a bad guy named Spencer who has gotten rich on ripping off people in trouble.

Barber has a cunning plan, if he can trust his new friends to carry it out correctly.  Ah, but can con men ever trust each other?  This one is a treat.

Posted by Robert Lopresti at 4:38 PM No comments:

Ghost of a Ghost, by Martin Hill Ortiz

"Ghost of a Ghost," by Martin Hill Ortiz, in Mystery Weekly Magazine, April 2021.

This is, I think, at least the fourth story in this series.  One of them made my best of the week page before.

Phillip Prince is a private eye (well, those of us who have read the other tales know it's more complicated than that, but let's skip the backstory).  He lives in a cabin in northern California and occasionally gets unwelcome visitors, like Sherm, who just tried to punch him and got shot for his troubles.

Some careers don't jibe well with mediocrity. Being a thug-for-hire doesn't come with a health plan, which is what Sherm needed now.

On the way to the emergency room Sherm explains that he was hired to kill him by Lancer.  Which rather confuses things because: "There were two reasons why Ted Lancer wouldn't kill me: number one, he had hired me to keep him alive; and number two, I failed  While my failure gave him a motive, death makes for a fine alibi."

Posted by Robert Lopresti at 4:11 AM No comments: