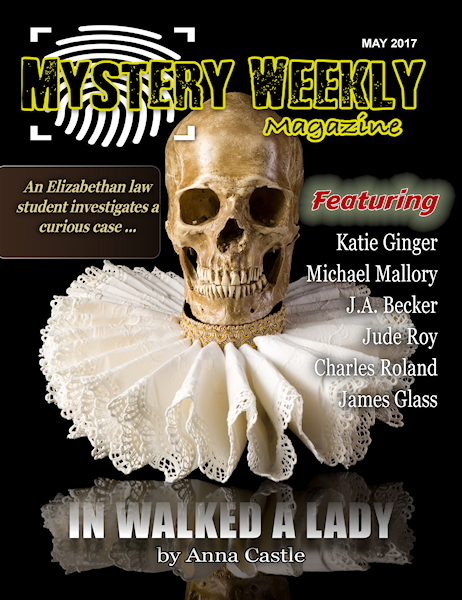 "The Montclair Dead-Star Comedy Revue," by Michael Mallory, in The Mystery Weekly Magazine, May, 2017.

First of all, congratulations to The Mystery Weekly Magazine.  I understand that a story they published will be in the 2017 edition of Otto Penzler's Best American Mystery Stories, and another made the Distinguished Story list in the back.  That ain't no small stuff.

This is a good issue and the best story I have read so far is this historical show biz tale by my friend Mike Mallory, making his third appearance in this space.

Buddy Barker is short, fat, and funny.  He was born to be a second banana comedian in vaudeville, but it's the 1950s and vaudeville is dead.  Lucky for him he has found a job in live TV.  Unlucky for him somone commits a murder in the theater.  The producer decides that Buddy, who is liked by everybody involved, is the right guy to look into the matter for him.

But playing detective is not one of Buddy's specialties.  He's trying to stay out of the way of the cops and - much worse - an investigator for the House UnAmerican Activities Committee.

The story has some clever twists and the murderer's, shall we say, career path, is unique.
Posted by Robert Lopresti at 10:12 AM